John is survived by Nora Stork of Greencastle, his partner for 34 years. 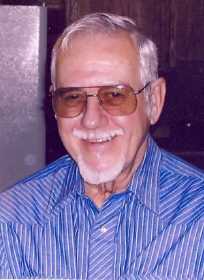 John was predeceased by his parents, Clayton and Mary Seymour Sutton; a sister, Carol Sutton Graves, and a brother, Gary "Butch" Sutton.

John graduated from Greencastle High School in 1954, after which he joined the U.S. Army and served four years. In the Army, John learned to drive trucks and other heavy-duty vehicles, which became a lifelong interest.

John loved to talk -- about almost anything, but particularly his experiences over the years driving trucks, buses, and semis.

John drove for a living, as a rural letter carrier for the U.S. Postal Service in Greencastle from 1955 until he retired in 1991. He was active with the American Postal Workers Union, serving as local steward for several years. How the kids on Rural Route 1 loved to see John. He always kept a box of Dum Dum lollipops under his front seat.

And he always made one last trip to the post office every Christmas Eve. If there were any packages for his route on the last truck, he'd deliver them himself. He never wanted someone to miss a gift on Christmas morning.

Along with his full-time job at the post office, John usually had a least one part-time job. For nearly 20 years, he farmed with his ex-wife and her parents. In addition to farming, John worked part-time over the years as a cement truck driver for Schwerman Trucking, substitute school bus driver for Greencastle and North Putnam Schools, Putnam County Sheriff's Reserve, and tour bus driver.

Also, John was part-time manager of Greencastle's Cole Apartments for 30-plus years after he quit farming. John worked full-time for Dalton Asphalt, then Milestone Concrete, after retiring from the post office.

In his leisure time, John was an avid bowler, amassing a large collection of trophies. His kids fondly remember spending weekends at tournaments around Indiana, getting to eat lunch out of the alley vending machines.

John's other past-times included playing cards, especially poker with his buddies on Saturdays in his garage. John also enjoyed watching war movies and Westerns, particularly with John Wayne, on his big-screen TV.

Over the years John was active in several local organizations, including the American Legion, VFW, and Moose, Elks, Eagles and Masonic lodges. He served many years as a trustee of the Clinton Falls Cemetery.

John always said he would live to be 90 and get shot by a jealous husband. However, his family is relieved he went out with less bravado. He will be missed by many.

The family will receive friends on Monday, Sept. 23 from 4-8 p.m. at the funeral home, with an Elks Lodge Walk-Thru at 7 p.m.