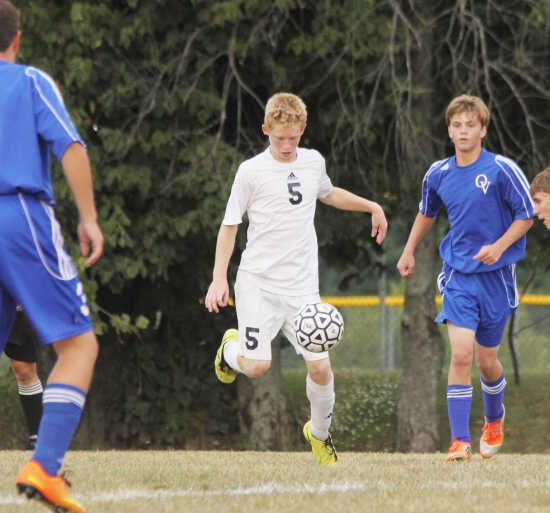 ROACHDALE -- The North Putnam boys' soccer team came back from a two-goal deficit at halftime to beat visiting West Vigo 4-3 on Thursday.

Senior Bennett Hazelgrove's goal with less than five minutes remaining held up as the game-winner. It was his second score of the game.

West Vigo held a 2-0 lead at halftime before Hazelgrove, senior Zach Hunter and freshman Kavyn Timm took over in the second half to score for the Cougars.