Jason Ummel, 16, is a junior at Greencastle High School. He plays no. 1 singles on the tennis team and competes in multiple events on the swim team including the 200 IM and two relays. He enjoys math, English and French class and dislikes history. He is a member of National Honor Society, French Club and a Student Ambassador volunteer. His younger brother, Derek, is a freshman at GHS. One of Ummel's favorite hobbies is playing Ultimate Frisbee every Sunday. 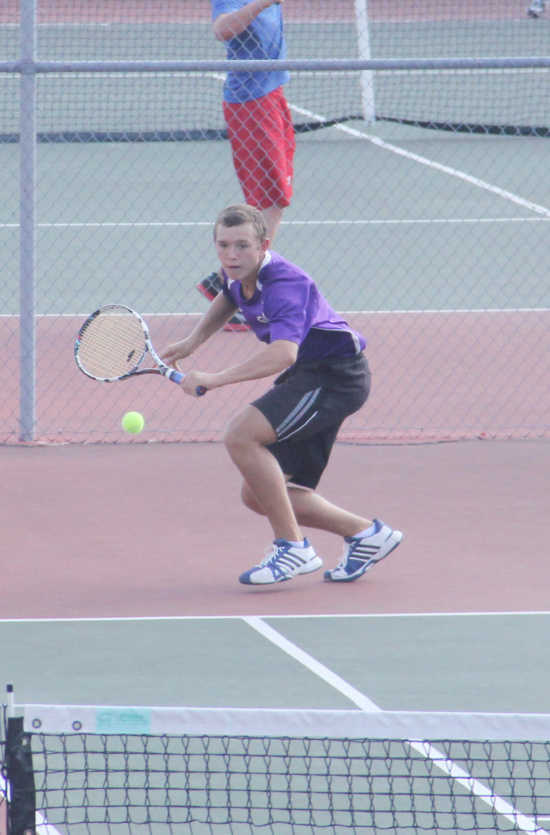 Banner Graphic: Who is your favorite athlete?
Jason Ummel: For tennis it's got to be Roger Federer. I remember him growing up. He plays well, plays with character and he's kind of who I look up to in sports.

BG: Have you been into tennis your whole life?
JU: Not my whole life. Actually the first time I got into tennis was (after eighth grade). I went on a trip to Virginia with my friend and his brother played tennis with the team here. He brought an extra racquet and we went out to the courts one day. He thought I was pretty good so he convinced me to join the team freshman year. I'd never played tennis before in my life and I started on the varsity team at two-dubs and I've just progressed from there.

BG: What is your training like?
JU: I swim in the winter, which gets me in really good shape for just about anything, cardiovascular-wise. I try to, on Saturdays, go and hit at DePauw with some friends. Then in the spring it's back to conditioning. I try to go about three times a week over to DePauw. Then summer starts actual conditioning with the team. I'm practicing pretty much year 'round.

BG: Do you swim year 'round as well?
JU: That's something pushed more in the fall and winter. I lifeguard over the summer and get as much swim time as I want there.

BG: How do tennis and swimming compare?
JU: I like the aspect of both sports in which you're an individual and you can compete as an individual, but you're also part of something bigger than yourself. For swimming, for example, I can go and I can beat my personal record in the race, but I'm also working to beat my opponent so that I can help my team. I like both aspects--having the individual and the team-sport.

BG: Have you learned any important life-lessons from your athletic career?
JU: I've learned a lot about hard work and determination. And, especially for the team-aspect of swimming and tennis, you can't let yourself get discouraged from one game or one match because you know how it affects that team. That helps you boost your morale.
And then, individually, you're always trying to get better and beat yourself over and over. There's something to be working toward--a goal that you have.

BG: What are your plans after high school?
JU: I'd like to go to college to study biomedical or biomechanical engineering. I'm hoping to go either to Purdue or Rose-Hulman.