Eagles fall to Sparkplugs in first round of sectional 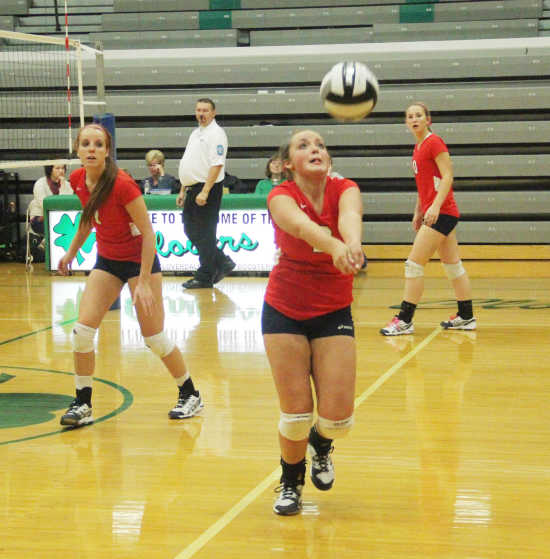 South Putnam senior Katie McHugh chases down a ball to serve a pass over her head to a teammate during the third set against Speedway on Thursday. (Banner Graphic/GRANT WIEMAN)

CLOVERDALE -- Along with the Speedway Sparkplugs, the South Putnam volleyball team traveled to Cloverdale High School to partake in the first round of Sectional 44.

The Eagles (5-16) knew coming in that they would have to game plan against the Sparkplugs main hitter, sophomore Melanie McHenry, who leads the team in digs, with 644, digs, with 311, and blocks, with 57.

"We tried to get a hand on her, she was pretty quick and pretty good," South Putnam coach Deanna Long said. "We prepared for her, and blocked her a couple times.

South Putnam also had trouble with the hard hits by Speedway's variety of attackers but the Eagles' effort never waned. In addition to McHenry, the Sparkplugs also had very good hitters in junior Sam Rusler and senior Allison Nash.

"I thought our back row did the best we could do," Long said. "We tried to make adjustments, we just have not seen a good hitter like that."

South Putnam got off to a fast start in set one, gaining a surprising 5-0 advantage the Sparkplugs. Serving for the Eagles was senior Emily Clark, who also had three aces in the quick six points.

"We got the ball in play and we surprised them, I do not think they were expecting five quick points on them," Long said.

But the Sparkplugs started to come back and after tying the game at 6-all they rattled off 17 points to South Putnam's five.

The second set was even more Sparkplugs. The Eagles tested Speedway early and, trailing 8-6, they looked like they had some momentum, but on the back of Rusler, the Sparkplugs scored 14 straight points and won the set 25-7.

In the third set the Eagles hopes to expand the match were denied by the Sparkplug. Speedway never let South Putnam into the game and cruised to an easy victory 25-7.

Even though South Putnam lost in straight sets, Long thought the season turned out well and she was happy how the Eagles ended the season.

"(It went) much better than we expected," Long said. "They really worked hard and we were in a lot of games. Our record does not really reflect how our season, we played much better than our record." 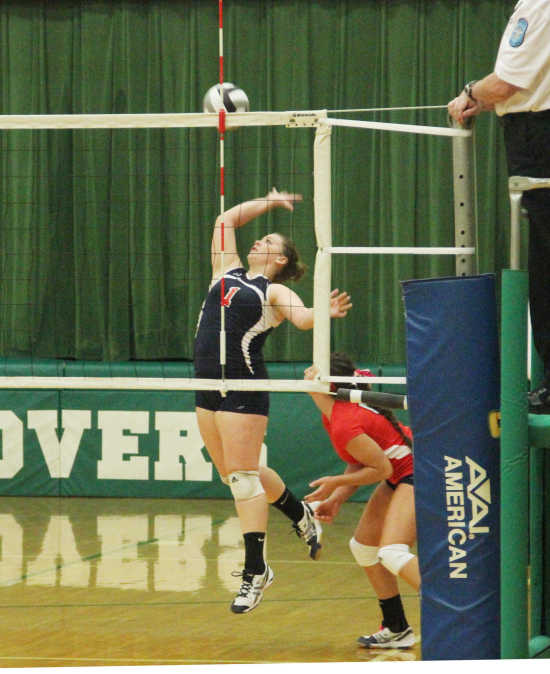