It might be a new year but it's an old look to the Greencastle City Council and its accompanying appointments and assignments.

With the first meeting of the new year occurring Tuesday night, it was time for the Council's annual reorganization and revisiting of city department liaison assignments and city board appointments.

Mostly, however, it developed into a case of old faces manning the similar spaces, creating a 2014 roster much like the one in place for 2013.

For example, for the sixth consecutive year, Democrat Adam Cohen, the city's First Ward representative, will continue to serve as president of the Greencastle City Council. 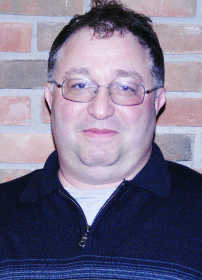 Cohen initially assumed the leadership role in 2009, during just his second year on the City Council when he succeeded John Lanie as president of the city's five-member governing panel (which, incidentally, will grow to seven with the next city election in 2015).

Tuesday night Councilman T. J. Smith wasted little time in making the motion to retain Cohen as president, praising him for a job well done in the past. With no other nominations, Cohen's re-election was unanimous.

It was also unanimously agreed that the Council will continue to conduct its regular monthly meetings on the second Tuesday of each month, beginning at 7 p.m. at City Hall. (The lone 2014 exception will be on Nov. 11, when the meeting will be pushed back to Nov. 12 due to the observance of Veterans Day).

Meanwhile, City Council members will again team up with the same Greencastle departments for which they served as liaisons during 2013.

Likewise, most of the Council's board assignments remain unchanged for 2014. Those include:

The Council tabled making its lone additional appointment on the night, holding off on naming a successor to Doris Miller as a member of the Greencastle Board of Zoning Appeals. Miller has left the BZA after her recent appointment to the Cemetery Board (where she succeeded John Robertson).

Cohen indicated the Council has a Zoning Board candidate in mind but wished to discuss the position in more detail with that person before making the appointment public. The next regularly scheduled BZA meeting is set for 6 p.m. Tuesday, Feb. 4 at City Hall.