Returning to the pool where he swam and dove for four years of the West Central Conference meet, the South Putnam graduate broke school and pool 3-meter diving records with a score of 304.45.

The sophomore also won the 1-meter competition with a score of 280.5 points.

Gould is in his second year diving for the Engineers, following a successful high school diving career for the Eagles that included two trips to diving regional and a 2012 WCC championship. 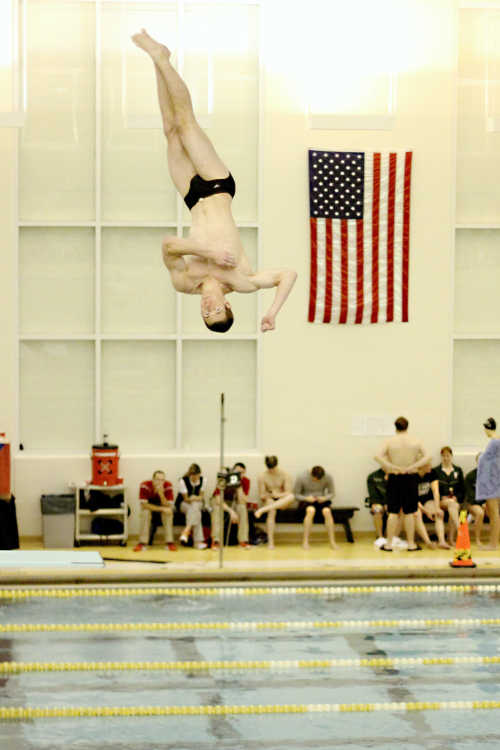 Rose-Hulman diver Sam Gould performs a 1.5 somersault with two twists Saturday at DePauw's Erdmann Natatorium. The South Putnam graduate broke the pool record and Rose school record in the 3-meter competition with a score of 304.45.