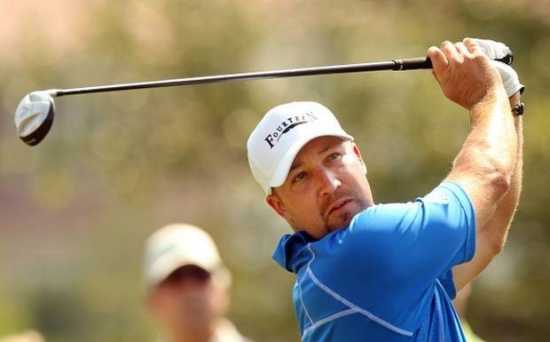 Collins fired a 22-under 266 to finish six strokes off the pace of tournament champion Patrick Reed.

Now in his 14th year as a professional golfer, the 1997 Cloverdale High School graduate got better as the tournament went along, shooting a pair of 4-under 68s in the first two rounds, before posting 7-under 65s in his Saturday and Sunday rounds.

The strong finish moved Collins to 54th on the 2014 PGA Tour money list and 56th in the FedEx Cup Standings.

While Collins and several other golfers made strong charges at leader Reed in the final round, his seven-stroke lead going into the final round was too much.

Ryan Palmer finished second, two shots off the pace, with a final round 63.

Having spent most of his professional career on the Web.com Tour, Collins will spend 2014 as a regular on the PGA Tour for the first time since 2011, when injuries forced him to shut down his tour schedule.

Injuries continued to plague Collins in 2012, but his health and form returned in 2013, when he finished 33rd on the Web.com Tour money list.

The strong season earned him a spot in the Web.com Tour Finals, where he finished 25th, good enough to regain his PGA Tour card for 2014.

Collins has made the cut in four of six events of the young season, with his previous best finish of 23rd coming at the November OHL Classic at Mayakoba.