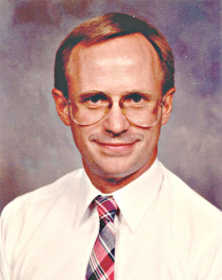 He left this life as he lived it, with grace, dignity and love for everyone around him.

Bob was born in Greencastle to Delmas and Beulah Brookshire on Dec. 11, 1941. He received his public education in Greencastle and graduated from Indiana University in Bloomington in 1965. At IU, he studied biological science and obtained bachelor's and master's degrees in secondary education.

Bob was a lifelong Hoosier who lived in a historic log cabin in the hills of Brown County while teaching at Columbus North High School, first in the classroom and later as head of the audio visual department. To many, the AV office became school of a different sort. Students were drawn to Bob's outgoing personality and his many interests inspired their curiosity.

Bob was a botanist at heart and plants were his passion. He will be remembered for his lush backyard garden filled with spectacular daylilies, hostas and his collection of native Indiana plants.

Bob was the ultimate host. His warm, welcoming home, delightful stories, incredible cooking and extensive circle of friends will be a legacy that lives forever.

Bob is survived by his partner of 14 years, Kristopher Floyd, whom he married on Oct. 24, 2012. Also surviving are his brother Phillip Brookshire and wife Kathleen of Cincinnati; sister-in-law Annie Brookshire of Bloomington; his nephews, Christopher and wife Shirley and their children Dylan and Natalie of Van Nuys, Calif.; Timothy and son Arizona of Columbus; and Matthew of Bloomington.

There will be a memorial celebration of Robert's life on Saturday, March 29, with the time and place to be announced later.

Memorial contributions may be made to Freedom Indiana www.freedomindiana.org or IU Health Hospice @ iuhealth.org/hospice/giving.