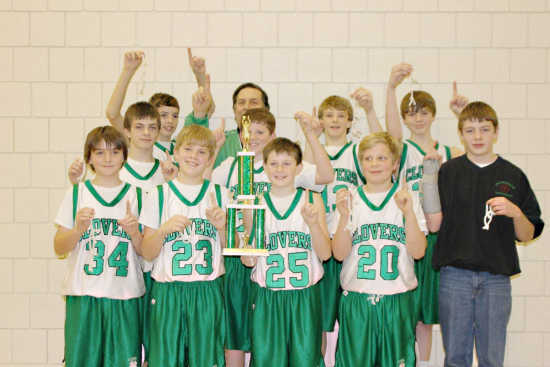 In game one, the Clovers defeated Eminence 28-20, with coach Billy Boyette praising his team's defense.

In the championship game, Perry paced the Clovers with 17 points, leading them to a 41-29 win.

"I was very happy with the hustle from all the players," Boyette said.

Watts also reached double figures with 12 points, followed by eight from Rossok, two from Halloran and one from Paxton Jennings.