CARLISLE -- The man convicted as the mastermind of the 1977 Hollandsburg murders died Wednesday in his prison cell at the Wabash Valley Correctional Facility in Carlisle.

Roger Clay Drollinger, 61, was found unresponsive in his cell as breakfast was being delivered by prison staff around 6:45 a.m. 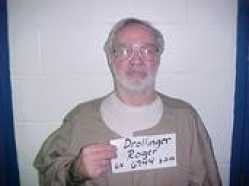 Attempts to revive him were unsuccessful and no foul play is suspected, prison officials said. 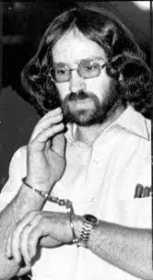 Drollinger was housed in a single-cell restrictive status housing unit at the maximum-security facility.

An autopsy will be performed to determine cause of death for the man responsible for the Feb. 14, 1977 shotgun slaying deaths of four Parke County young men in their Hollandsburg modular home.

Drollinger was serving four life sentences for the slayings of Ralph, 14, Reeve, 16, and Raymond Spencer, 17, and their stepbrother, Gregory Brooks, 22, during an early morning home invasion that also severely wounded the boys' mother, Betty Jane Spencer, the only survivor of the so-called Hollandsburg Valentine's Day Massacre.

The victims were lined up, face down on the floor of the mobile home, and the killers took turns firing 11 shotgun blasts at them as Drollinger reportedly ordered each of the four assailants to take part in the shootings.

Spencer, who died in 2004, survived by playing dead after a shotgun blast at close range blew off her wig, leading the assailants to believe she had been killed.

Stonebraker, Wright and Smith continue to serve life sentences at the Pendleton Correctional Facility for their roles in the execution-style homicides at the Spencers' rural Parke County home.