From the focus of the pre-race entrance (below) to the relief of returning to the podium (above) Greencastle senior Nash Firebaugh enjoys yet another day of good memories at the IHSAA State Finals at the IUPUI Natatorium. The senior capped off four trips to the event with a seventh-place finish in the 100 butterfly on Saturday. (Banner Graphic/JARED JERNAGAN)

INDIANPOLIS -- Athletics by its very nature can be an illogical pursuit.

Take an elite swimmer, for example: Countless hours in the practice pool turn into weeks, turn into months, turn into years -- all in pursuit of the one ultimate swim that, ideally, amounts to far less than a minute in the competition pool.

Greencastle swimmer Nash Firebaugh had that ultimate swim on Saturday, posting a time of 50.88 in the state championship heat of the 100 butterfly.

In the end, those fleeting moments in the arena make it all worthwhile.

The senior has had lower times and a higher finish, including a school-record 50.25 in the qualifying race on Friday and a fifth-place state finish in 2013.

But with the level of competition and the difficulty of a 20-hour turnaround between races, Firebaugh was not complaining.

"I was hoping to go under 50," Firebaugh admitted after the race. "I was kind of feeling sore. I was hoping my training would kind of help, but I'm happy to go 50.88 in the finals.

"I went the best time yesterday, so I can't complain."

"Nash swam well today," Menzel said. "It's very hard to drop time from Friday to Saturday. We were hoping for a little bit faster swim, but we're very satisfied with the seventh place.

"Very pleased with the way he swam. I thought he looked good in the water, had a great start. Technically, he was on the money."

What Firebaugh faced was a stacked field. Five swimmers qualified in less than 49 seconds on Friday, and the same five went sub-50 again on Saturday. 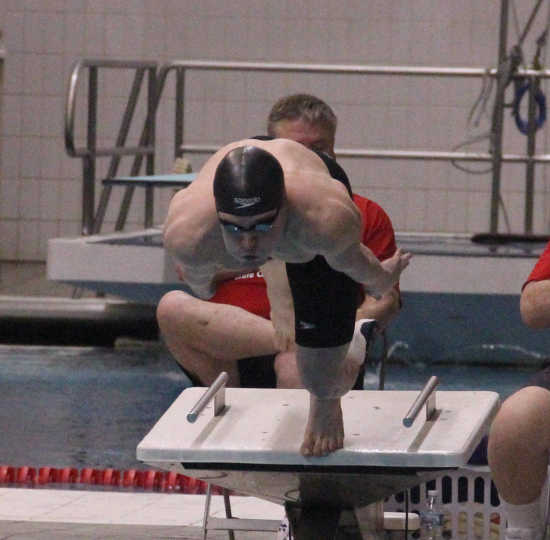 This included Chesterton's Aaron Whitaker, who twice broke his own state record in the event, swimming a 46.31 on Saturday for his second consecutive state title.

Even in this field, Firebaugh found a way to move up from his No. 8 seed to finish ahead of Rawley Davis of North Central for seventh.

"We were able to move up in the rankings, and that's another important thing to do between Friday and Saturday at the state meet," Menzel said.

With Firebaugh's finish, he also scored points for Greencastle in the state meet for the third consecutive year. The 12 points for the seventh-place finish put the Tiger Sharks in a tie for 33rd in the state.

Beyond scoring points, though, the swimmer said he will miss the atmosphere of the state finals.

"I'm really going to miss this meet," Firebaugh said. "For every swimmer, you probably say your high school meet is one of the best you're ever going to do in your life, so it's a really special thing. I'm going to miss it a lot."

For Menzel, Firebaugh's contribution to the program has been about a lot more than lower times and more points.

"It is quite an honor to be able to coach an athlete like Nash," Menzel said. "His diligence and attention to detail and day-to-day positive attitude are an inspiration for me. It helps to keep me motivated, and it is similarly an inspiration for the entire team. He sets an example that everyone can follow. It lifts all of us up to a higher level." 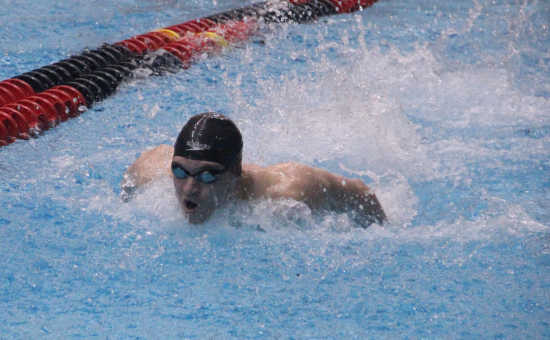 Although Saturday was the end of Firebaugh's career as a Greencastle Tiger Shark, he's looking forward to continued development in the coming years as a Division I NCAA swimmer.

"I still have a lot to learn, so I'll have to do that next year at college," Firebaugh said. "I'm going to the University of Wisconsin at Milwaukee. I wanted to go out of state just to experience an adventure. I had IU and IUPUI on my mind and Purdue maybe, but I just kind of wanted to go out of state. They have a really good coaching philosophy. I think I'll fit in really well there."

The University of Wisconsin-Milwaukee swimming and diving team is coached by Kyle Clements, who has led the Panther program for four seasons.

The 2007 Ball State graduate has guided the Panther men's and women's teams to two Horizon League titles each. The UW-Milwaukee men finished fourth in this weekend's 2014 league championships, while the women were second.

Regardless of the program, Menzel said he sees good things ahead for his graduating swimmer.

"We are all very excited about Nash's career as a swimmer in college. It will give him an opportunity to expand his repertoire of events," Menzel said. "You can swim a lot more in college and so he'll be able to do the 100 free and also the longer events like the 200 fly. It will be a great opportunity for him. We are all expecting big things from him. We can't wait to see those results roll in."

And whatever Firebaugh's locale and colors, he will continue to bear the purple and gray of GHS.

"It's very hard to see him leave but he joins that list of great Greencastle swimmers from past years, all of whom we can lift up as an example," Menzel said. "Though he will be swimming for Wisconsin-Milwaukee next year, he will still be part of our support network to keep Greencastle swimming strong." 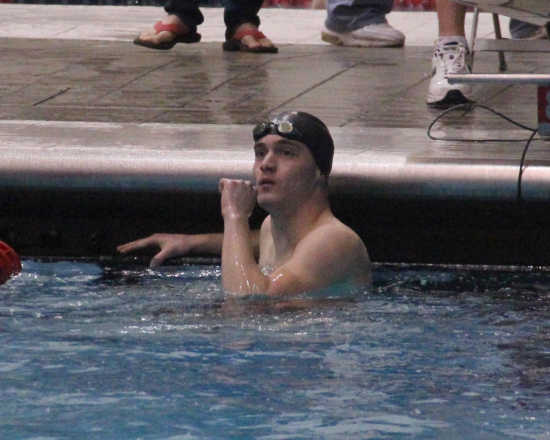