DANVILLE -- A 23-year-old Putnam County man has been arrested and is facing three felony charges after his alleged sexual involvement with a 15-year-old girl in Hendricks County. 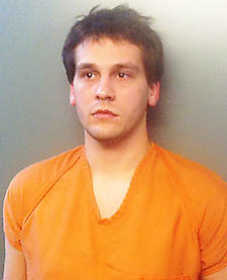 William Brewer Jr., Bainbridge, was arrested without incident Tuesday afternoon at his residence.

He was taken to the Hendricks County Jail, where he was booked in on three felony counts:

-- Vicarious sexual gratification, a Class D felony punishable by six months to three years in prison and up to a $10,000 fine.

Brewer's arrest comes after a two-month investigation by Det. First Sgt. Jeff Hearon of the ISP Criminal Investigations Unit at the Putnamville Post.

On Feb. 7, Brewer was arrested in Putnam County on the same three charges, as some of the alleged crimes occurred at his rural Bainbridge home.

He posted $2,500 bond in the case and awaits an April 3 pre-trial conference in Putnam Circuit Court.

The investigation began Jan. 27 when Det. Hearon was contacted by the Department of Child Services.

A case manager informed Det. Hearon that the juvenile female had disclosed to her mother she had engaged in sexual intercourse with Brewer.

During the course of the investigation Hearon obtained information indicating that Brewer had allegedly engaged in such sexual relations and also had reportedly been "sexting" -- or sending sexually explicit texts and/or photos -- with the girl.

The detective also learned that Brewer was reportedly aware that she was only 15 years old.