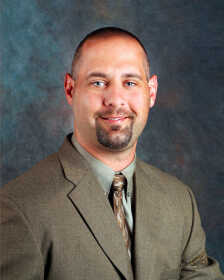 TERRE HAUTE -- Putnam County Sheriff's Deputy T.J. Smith will be free of custody as he awaits trial on four counts of deprivation of civil rights, a federal judge ruled Thursday.

Magistrate Judge Craig McKee denied the prosecution's motion for detainment, ruling that Smith is neither a flight risk, nor does he pose a serious risk to the safety of the community upon release.

However, Judge McKee also said Smith shall not be released strictly on his own recognizance, instead placing several restrictions on Smith.

First, Smith is not to carry a firearm or other weapon, even in the line of duty. He is further to have no weapons in his home, even those he and his wife possess for their occupations.

Second, Smith is to remain employed or seek other employment. The judge allowed this would be tricky, as Smith is not allowed to carry a firearm, but said he could be permitted to do any duties not requiring him to carry a weapon, such as desk work.

Defense attorney John Tompkins later clarified this would be no problem, as Sheriff Steve Fenwick has placed Smith on administrative lead pending further action by the Sheriff's Merit Board or the outcome of the case.

Fenwick advised that Smith's only duty will be to respond to subpoenas for pending court cases in which he is a witness.

As a third condition, Smith is restricted from international travel.

Fourth, the deputy is to have no contact with victims or witnesses. Again, the judge allowed that this requirement could be difficult, as some of the witnesses are other law enforcement officers. In cases in which contact cannot be avoided, Smith should steer the conversation clear of any talk of the case.

"Your safe zone is to avoid this subject," Judge McKee advised Smith. "You may not be able to avoid contact, but you can avoid the conversation.

Smith is also to report to a pre-trial services officer as he awaits trial to ensure that all other requirements are met. He should immediately report any behavior he believes may be problematic.

The 37-year-old Smith, who also serves on the Greencastle City Council, was arrested Monday morning on charges that he used excessive force in four different arrests bet-ween November 2011 and December 2013.

Deputy U.S. Attorney Bradley Blackington filed the motion for detainment on Monday, saying Smith would be a danger to the community if released.

Blackington brought up a number of incidents from Smith's past beyond the allegations in the current trial. These included a 1999 misdemeanor conviction for battering a three-year-old and his 2001 termination as a correctional officer at the Indiana Boys School due to excessive use of force.

The prosecutor also brought up Smith's termination as a Putnam County Jail correctional officer and from Lonestar Industries for ghost employment. Smith is alleged to have been on the clock at one job while actually working at the other site.

Smith is supposed to have signed a letter saying he would never seek a job again from either employer. However, this document has not been located and after a change of sheriffs, he was hired as a merit deputy.

However, McKee said the burden of proof for detention had not been met, ruling that removal of firearms and restrictions of Smith's powers as a police officer greatly reduced the risk to the community.

The judge said Smith's past certainly illustrates a temper problem, but that an overall pattern of violence is something for the jury to rule on in the actual trial.

Additionally, the dishonesty of the ghost employment issue may be something to consider at a later date, it was not a matter for the court to consider Thursday.

Smith was temporarily remanded to the custody of U.S. Marshals for processing, but was freed later Thursday afternoon. His jury trial is set for Monday, April 28 before Judge William T. Lawrence.

Comments
View 15 comments
Note: The nature of the Internet makes it impractical for our staff to review every comment. Please note that those who post comments on this website may do so using a screen name, which may or may not reflect a website user's actual name. Readers should be careful not to assign comments to real people who may have names similar to screen names. Refrain from obscenity in your comments, and to keep discussions civil, don't say anything in a way your grandmother would be ashamed to read.