On Sunday, March 16, the DePauw University School of Music will present the internationally renowned Amernet String Quartet in performance with DePauw faculty pianist May Phang at 3 p.m. in Thompson Recital Hall of Green Center.

Of special interest is the second work, an unusual project (an obsession, really) known as the "Intimate Letters" quartet, inspired by some 700 love letters that Janáček wrote to a married woman 37 years his junior, a correspondence that began in 1917 and continued until his death.

The young woman, named Kamila, expressed little feeling for the composer or his music, but fueled by his own unrequited love, Janáček began many of his best works, including his String Quartet No. 2, late in life, when most people cease to create. The third movement of the second quartet is a musical portrait of Kamila that Janáček describes in one of his letters to her as "a vision of your image, transparent, as if in the mist."

Phang, a professor of piano at DePauw, will join Amernet for the final piece on the program by Korngold, a sunnier work of considerable difficulty, which also meets at the intersection of art and romance and similarly incorporates a musical code that the composer had developed to send secret, loving messages to his fiancée during concert performances. 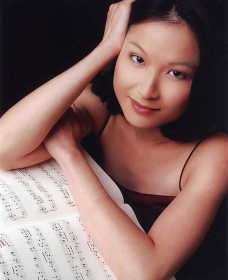 Phang has performed with orchestras such as the Singapore Symphony, Montreal Symphony and the Philadelphia Orchestra, and has given radio and television appearances on Singapore Broadcasting Corporation's "Life and Times" and "Arts Around" and on Radio-Canada, WFLN, Philadelphia and WFMT, Chicago.

The professor's latest CD, "Travels Through Time," is reviewed in the new American Record Guide. Jack Sullivan opines, "I listened to this three times without being able to take it off. This is a pianist to watch."

General admission tickets to Faculty Select Series concerts are $5. All students, children and seniors over 65 are admitted free.