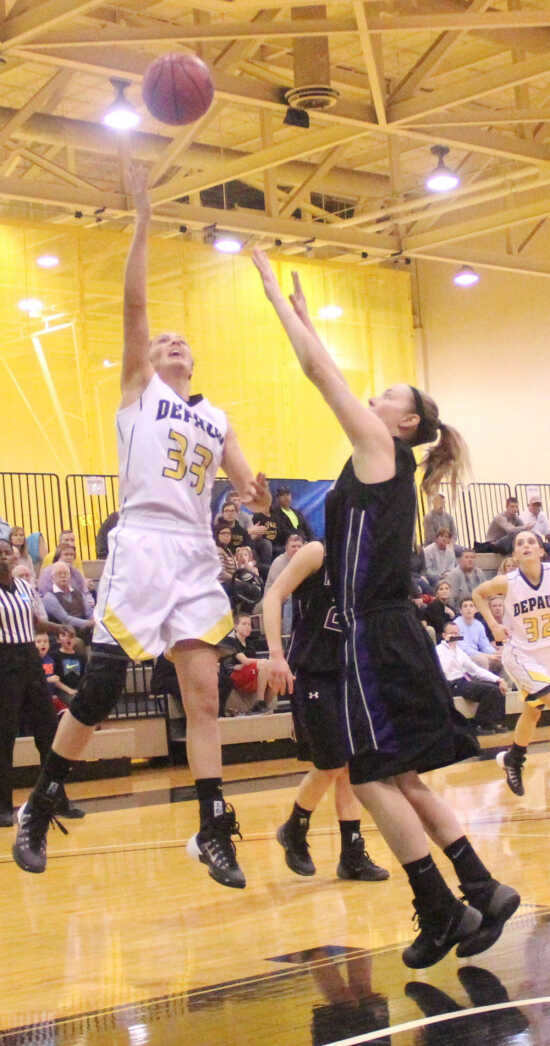 Senior Alison Stephens goes up for a shot in the second half of Saturday's loss. Stephens led the Tigers with 11 rebounds. Senior Alex Gasaway (not pictured) led team with 20 points. (Banner Graphic/ JAY LOCKETT)
Order this photo

The DePauw women's basketball team (30-2) suffered only its second loss of the year Saturday night, and its remarkable season came to an end as the No. 3 Tigers fell to the No. 13 University of Wisconsin-Whitewater Warhawks, 88-71.

UW-Whitewater began the game strong; jumping to a very early 5-0 lead. Shots by juniors Lauren Abendroth and Savannah Trees as well as a three-pointer by junior Emma Ondik kept the Tigers in striking distance as the first half wore on. DePauw struggled to keep UW-Whitewater senior Mary Merg contained. She scored 15 points in the first half.

"They're tough when they spread the floor," DePauw coach Kris Hufman said. "We were a step slow in the paint against her. We tried to keep her in front of us. We didn't."

The Tigers battled though, after an Abendroth three and a pair of free throws DePauw took a 26-23 lead, its only lead of the night. The Tigers would go into halftime down by two 34-32. UW-Whitewater senior Kristen Ruchti contributed 12 along with Merg's 15. At the half the point leaders for DePauw were senior Alex Gasaway with 10 and Ondik with 9.

The second half saw a hard-playing Tiger team aggressively attack the basket. DePauw scored 26 of its second-half points in the paint, after only 14 points from the lane in the first. DPU also took 42 shots in the half making 17. They also grabbed 10 second-half offensive rebounds, led by senior Allsion Stephens with 11 rebounds on the game.

The Tigers just couldn't slow down the scoring of the Warhawks. UW-Whitewater went 16-of-30 in the second half, shooting 6 for 11 from beyond the arc after just one three in the opening half.

"In the second half, when you hope their legs would give out, they did not," Huffman said.

DePauw ended the year with a 15-1 conference record and an 18-1 home record. They've lost only three games in two years and the senior class has only suffered eight losses in their entire DePauw career.

"It's not a great feeling to know you won't be walking to practice tomorrow," Stephens said. "It's going to be a great season to end our careers on. Looking back we've got a lot to be proud of."

Stephens led the team in field goal percentage on the year, shooting .503, and finished the year with 294 rebounds grabbing a team-high 9.1 per game. 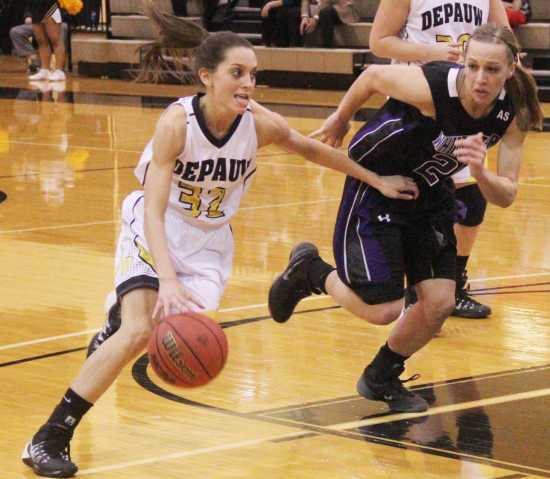 Senior Ali Ross gets past Whitewater's Mary Merg. Ross went 4-for-4 from the strike and scored six points in the loss. (Banner Graphic/ JAY LOCKETT)
Order this photo

"We've all been blessed to play these four years," senior Ali Ross said. "I'm so happy that I've got to play with these seniors. Looking back we'll remember all the good things."

Ross shot .490 on the year from long-range and led the team in steals with 40 on the year. Huffman said that the seniors on the team will be missed for more than their play on the court, but for merely their presence.

"These three (Ross, Stephens, Gasaway) were major impact players really for four years," Huffman said. "the leadership they had this year, they do everything right. When you have that you never wanna see them leave. Our other two seniors (Erin McGinnis and Ann Sarkisian) played tremendous roles in their own way."

With the season over the players were asked what they would miss most about the DePauw basketball team.

"Coming together with 19 or 20 girls for a common goal," Gasaway said. Gasaway averaged 12.7 points and six rebounds per game on the season. "It's indescribable. And having an outlet for competition."

Stephens believes that those around her at the Lilly Center made her experience special.

"It's the people," Stephens said. "The people are what make you come to practice They make you get through the practices."

Stephens believes the life lessons can be taken from DePauw basketball and reapplied in other aspects of life.

"We work hard everyday for three hours at practice," Stephens said. "It's a lot of effort. Teamwork. Perseverance. It goes on and on. There's an unlimited amount of things you can learn from this sport." 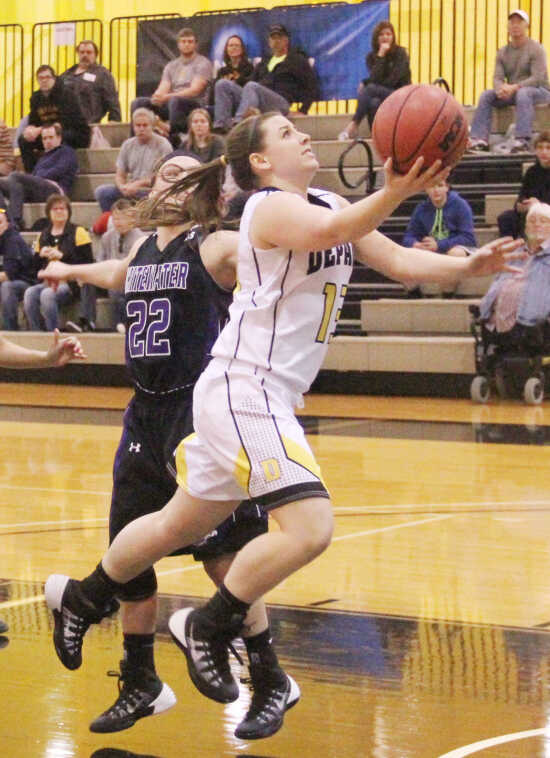 For Ross the things she will miss most might not be those unforgettable moments on the floor but rather her time out of the spotlight with her teammates.

"I'll miss all the small things that everyone doesn't see," Ross said. "Goofing around in the locker rooms or on the bus."

A team with this much talent will be one to watch next year, but for now Huffman and the Tigers will reflect on the their season and their seniors.

"With what this team has accomplished, it's a tough way to say goodbye to a special team," Huffman said.