He defied all odds for 13 years of his hard-fought battle with cancer while inspiring all of those who knew and loved him. 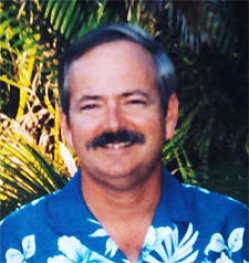 He was one of nine children born to Keith and Hattie Lee (Scott) Folck in Indianapolis on Aug. 20, 1951.

Don was a member of the last graduating class from Bainbridge High School in 1969.

He served in the Air Force, honorably discharged in 1975 while working with the NSA and earning his bachelor's degree from the University of Maryland.

He and his wife moved back to the community they loved to be close to their families and raise their own. He became a Certified Public Accountant in 1985.

Don served several years on the Bainbridge Utility Board. He spent the last 20 years of his career with Image Projections West Inc.

He was a member of the Seventh Day Adventist Church in Greencastle.

In addition to his wife, he is survived by his mother; daughters Monica (Todd) Bray and Valarie Folck of Bainbridge; proud grandfather of Kayla and Madison Bray; sister Linda (Terry) Cox of Greencastle; brothers Dennis (Starlet) of Crossville, Tenn., Ronnie of Rodgersville, Mo., James (Tammy) of Roachdale, and Joe of Greencastle; and several aunts, uncles, cousins, nieces and nephew, and many dear friends and coworkers who were all family in Don's book.

He is deeply missed by many.

He was preceded in death by his father, sister Carolyn Girton, brothers Larry and Dale, a nephew and a niece.

Don's life will be celebrated on Saturday, March 22 at the Bainbridge Community Building.

Family and friends are all invited to attend visitation from noon to 2 p.m. with the memorial service beginning at 2 p.m.