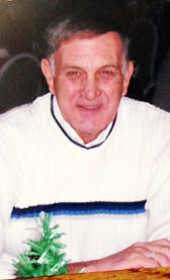 He was a 1962 graduate of Cloverdale High School.

He was a veteran, having served in the United States Army.

Keith had worked seven years for the Lear Corp., Greencastle, and previously he was a jewelry finisher with Tharp Manufacturing, Indianapolis.

Keith was also an avid golfer and sportsman, earning honors as 1962 Putnam County basketball most valuable player of the year.

He was preceded in death by his parents and a brother, Donald Gaddis.

On Saturday, March 29 at the Cloverdale American Legion, 501 S. Main St., Cloverdale, the family will receive friends from 10 a.m. to noon with services and military honors to be conducted from noon to 1 p.m. A celebration of Keith's life will follow from 1-4 p.m.