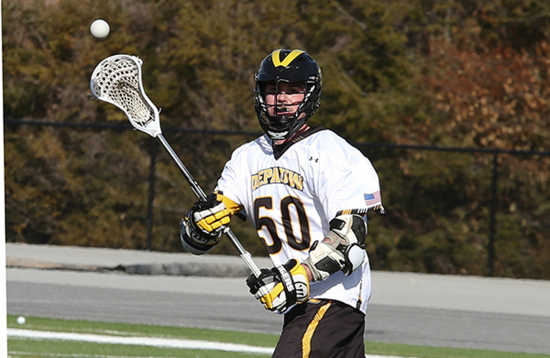 WHITTIER, CA -- Division II Dominican scored just 37 seconds into the contest and scored eight times in the opening period on the way to a 24-3 win over DePauw in a game played at Whittier College. The Tigers dropped to 3-5, while the Penguins improved to 6-1.

Dominican took a 3-0 lead just 3:14 into the contest before DePauw's Adam Bridges scored with 8:20 left in the period and Grant Skipper's assist. The Penguins added four more in the second period and held a 14-1 lead in the third before Robert Lapp's unassisted score. Lapp added a second goal with 1:40 remaining in the third as the Tigers were playing a man down.

The Penguins held a 52-33 edge in shots and won 16 of the 30 faceoffs, while also holding a 36-25 ground balls advantage. Dominican successfully converted all four man-up advantages, while the Tigers were 0-6. The Penguins were also 16-16 on clears to the Tigers' 10-13.

Tom Kryspin totaled 13 saves in goals for the Tigers, while J.R. Strubbe had one. Reis Stanley had one save in the first half for Dominican, while Sean Donohue added nine and Brooks Gjelsteen had one.

DePauw returns to action on Saturday, March 29, when it hosts