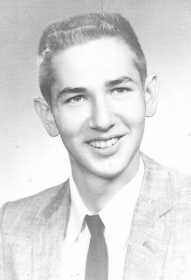 He retired from the town of Roachdale in April 2012. Before that he had worked as a mechanic and truck driver.

He graduated from Roachdale High School in 1965 and he enjoyed working and visiting with his family. He served in the National Guard from 1965 to 1967

He was born on February 15, 1947 in Crawfordsville to Walter Vernon and Edna Pearl Riddle Hubble.They both preceded him in death.

He married Marjorie Shrout on June 21, 1969 at Ladoga Nazarene Church and she survives.

Online condolences may be made at www.serviesmorgan.com.