Greencastle golf loses at Terre Haute by one stroke 152-153 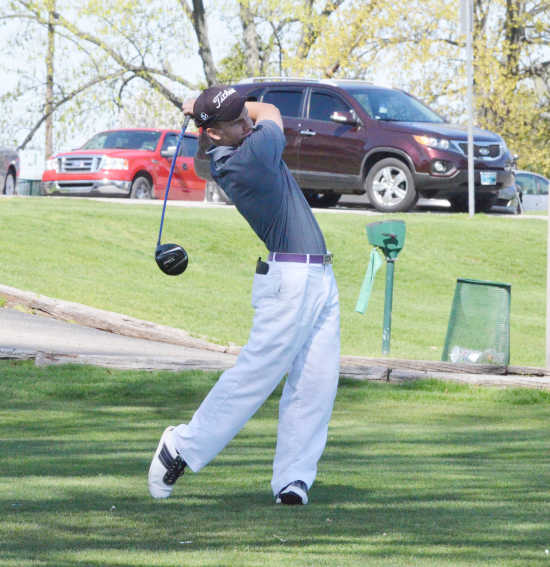 Greencastle low man Alec Davis had 34 in the on the 36 par course. (Banner Graphic/TRENT SCOTT)

Even though the score was close, Greencastle coach Stephen Paquin says there is much more to be desired in the Tiger cub golf game.

"This was a disappointing loss for the Cubs," Paquin said. "We continue to make mistakes that we need to have solved by this point of the season. Club selection, ball flight, and distance control are recurring problems that we will have to address, in order to be competitive with the best teams on our schedule."

The teams on that schedule include a three-way match with Plainfield and WCC county rival Cloverdale.

"Alec Davis and Jake Buis had good rounds, but the rest of the Cubs fell short of expectations," Paquin said. "The Cubs didn't have their A-game tonight. Poor execution of shots, chips, and putts proved to be the Cubs' downfall."

Greencastle will surely hope to be top notch before its match at the Tiger Cub Invitational Tuesday and its next match at Tri-West's Windy Hill should prove a challege.