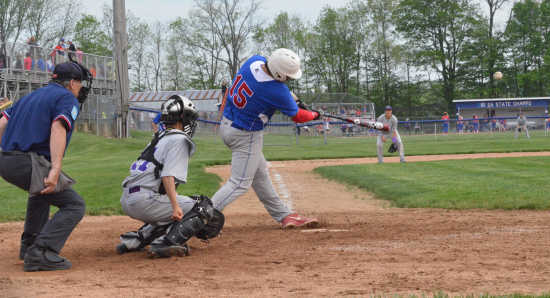 There's just something about South Putnam that Greencastle's baseball squad seems to enjoy seeing, especially when the Tiger Cubs are on the road.

The trend showed no signs of abating as five runs in both the second and third innings sent the visitors on their way to an 11-3 victory over the Eagles.

Since the current crop of seniors played their first game against South Putnam, Greencastle has averaged nearly 13 runs-per-game in eight meetings. 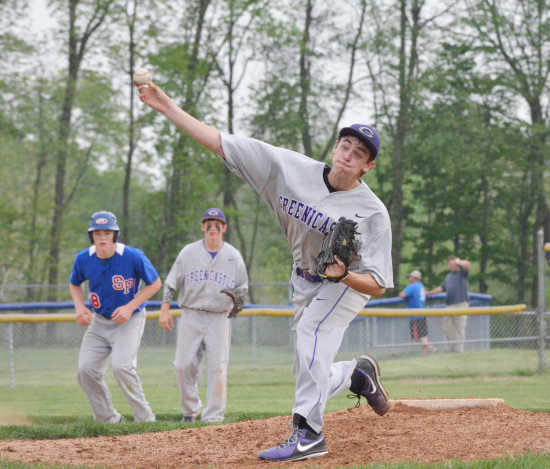 Tiger Cub head coach Troy Remsburg felt that the squad could have reached a better number had the squad not taken their foot off of the gas pedal.

"I wish we could have continued to hit the ball," Remsburg said. "It died off over the last two or three innings. I think they got satisfied and thought they had enough.

"We had a chance to win in five innings and it might have saved Seth (Brown) a couple of innings. Right now, though, a win is a win for us."

South Putnam head coach Zach Love said that while Greencastle took advantage of Eagle mistakes, the hosts did not do likewise.

"Overall, it was a bit disappointing," Love said. "Offensively, we missed out on some opportunities where we had guys on second or third and didn't get them in.

"If we get a couple of timely hits, maybe there's a different outcome. Overall, it was a frustrating outing.

"We made a couple of mistakes defensively and Greencastle capitalized on them," Love added. "We couldn't capitalize on theirs and that was the story of the game."

The Eagles, who had not won in the last seven meetings, got off to an ideal start after Brandon Gierke launched a solo shot off of Seth Brown in the bottom of the first for a quick 1-0 lead.

From there, though, Greencastle launched an assault on Eagle starter Grady McHugh.

Trey Scanland reached on an error and Kaleb Fleming singled before another Eagle error allowed Scanland to score.

Noah Cook walked to load the bases before Brant Mangrum doubled in a pair for a 3-1 lead, which was extended to 5-1 after a Holden King single.

Fleming walked to start the next inning before an error allowed Anthony Rossok to reach base. Cook smacked a double to stretch the lead to 7-1.

Only Gierke's bat could dampen the Tiger Cubs' spirits after the sophomore hit his second solo home run of the game to make the score 10-2.

"He was up for a conference game," Love said. "I'm glad to see him get back on track because I know he's been a little down on himself hitting wise and it was good to see him swing the bat well."

Aside from Gierke, who reached all four times he came to bat and scored in the fifth inning, Brown dealt with the Eagles comfortably, fanning 13 batters while giving up three runs over seven innings.

"I thought Seth pitched very well tonight," Remsburg said. "We only had a couple of errors, though one might have saved a run in the last inning.

"Otherwise, we played well. The defense was fine in a place that's hard to play, especially in the outfield."

Greencastle put on a final tally in the sixth inning after Fleming reached on an error and later scored off an errant pitch by reliever Wyatt Nees.

Nees, who pitched 4 1/3 innings, was able to keep the Tiger Cubs in check and Love was pleased with performance.

"I'm really happy with Wyatt's performance," Love said. "He gave up one run in four and one-third of an inning pitched.

"He found the strike zone early and allowed his defense to make plays behind him. It was a good effort pitching wise for him."

Greencastle will host South Putnam on Wednesday to make up for Tuesday's postponement.