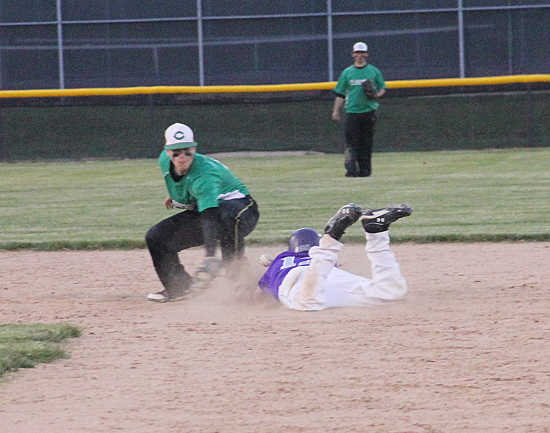 Greencastle's Kaleb Fleming avoids Cloverdale's Duke Duff at second base and managed to score in the inning. (Banner Graphic/JAY LOCKETT)

The bats were lively and the drama was there when the Cloverdale baseball team (7-11) visited Greencastle (8-13) for a double header Monday. The first game went to the Clovers as they stifled a late rally by the Tiger Cubs, winning 10-5. Greencastle got the better of Cloverdale in the second game of the night, jumping out to a big lead after going back and forth in the early innings. They beat the Clovers 16-6.

These games came on the heels of the Putnam County Tournament that saw Greencastle take the trophy. They beat Cloverdale in the first game of that tournament and Greencastle coach Troy Remsburg said he knew Cloverdale would be itching to get another crack at the county champs.

"They were satisfied that they beat them Saturday in county," Remsburg said. "They weren't ready to play. The first game just wasn't our game."

The first game saw a medley of pitchers on the Greencastle side while Remsburg tried to get some consistency in the pitching. Tanner Nicholson pitched two innings, giving up a run on one hit. He struck out two and walked two and he only committed one error. Brant Mangrum pitched two-thirds of an inning, giving up six runs on five hits.

"We've been working on our hitting that's come a long way," Remsburg said. "In our fielding we just need to be more consistent. When we get down to our fourth, fifth and sixth pitcher it seems we can't get two good innings out of them. It's just part of growing pains with a young team."

Tyler Carter pitched the entire game for the Clovers and he helped them get the win with his 11 strike outs. 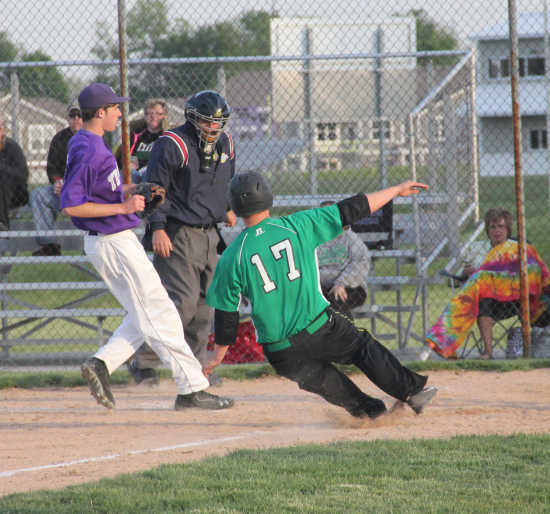 Brayden White slides into home in the second game of the series. (Banner Graphic/JAY LOCKETT)

The second game was over in five innings when, after a close two innings where the score was tied at 6-6, Greencastle batted in seven runs in the third and three more in the fourth to force the 10-run rule.

Clover coach Bryan Archer said that it was mostly the mental game that cost Cloverdale the second game.

"It's just focus," Archer said. "We did fairly well at the beginning of the second game. It was our fielding. We had no focus in the field. We weren't making our throws." 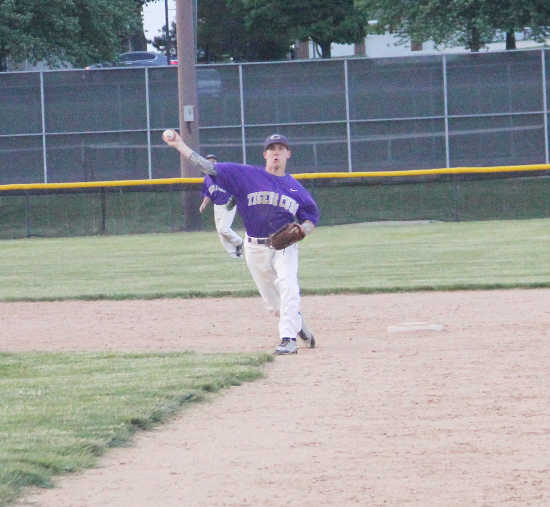 When asked what the team would be focusing on heading into sectionals next week, Archer was very specific.

"Everything," he said. "We're nowhere near where we need to be. We have a lot of areas we have to improve on both sides of the ball."

The Clovers' last game of the season will be at home against Owen Valley giving them two days to work on everything.