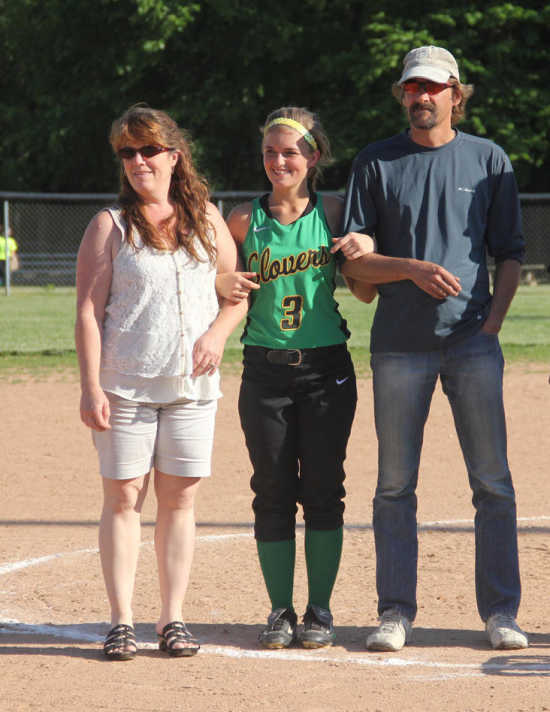 CLOVERDALE -- There was no late start for the Cloverdale softball team Friday. They got to home-plate early and often. Senior night for the Clovers brought with it a 15-0 win over Eminence in five innings.

The final game of the regular season was filled with cheerful tears, when the seniors were honored after the big win. Cloverdale's coach Brian Knapp was especially moved because he had know the seniors, Heather Goss, Lindsay Robson, Megan Helterbrand and Rebekah Jordan for their entire high school careers.

"This is the group I've had for four years," Knapp said. "It's been a cycle around Cloverdale where they didn't have the same coach. This group has been with me for four years." 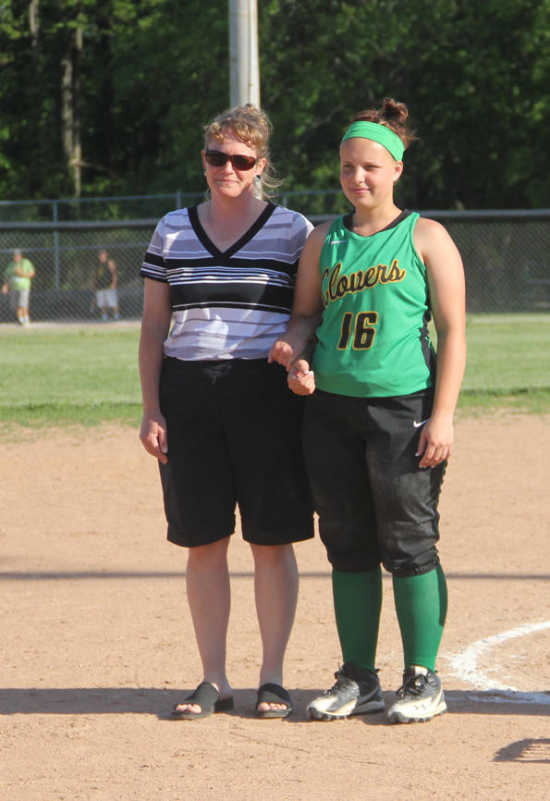 The Clovers played well from start to finish, going three up and thre down in the first two innings. From then on it was strikeouts and defense, as the the Eels never got into scoring position. Freshman Lauren Meek finished the game with five strikeouts giving up just three hits. The Clovers committed no errors.

On the offensive side, every batter on the team got at least a couple of hits and the Clovers scored in each of the four innings batted. This included a nine-run fourth inning that essentially ended the game.

With the regular season over and the sectional matchup with Covenant Christian coming on Tuesday the seniors took some time to reminisce before they focus on the heavy task at hand. 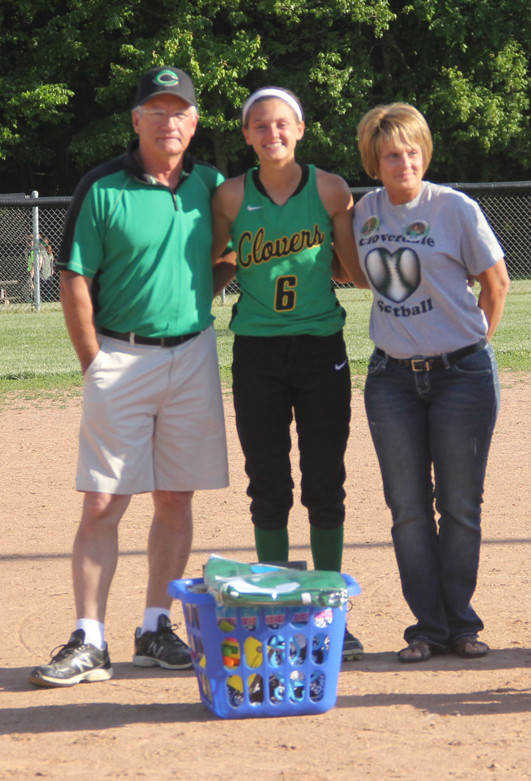 Rebekah Jordan with her parents Neal and Diana.

"My favorite part of this season was winning county for the second time in a row," Jordan said. "That's the first time ever happening in Cloverdale High School history. I'll miss all the girls and Brian (Knapp) even though he makes me mad a lot. It's been my favorite year of softball."

Helterbrand also enjoyed winning county but for her the taste of victory was sweet. 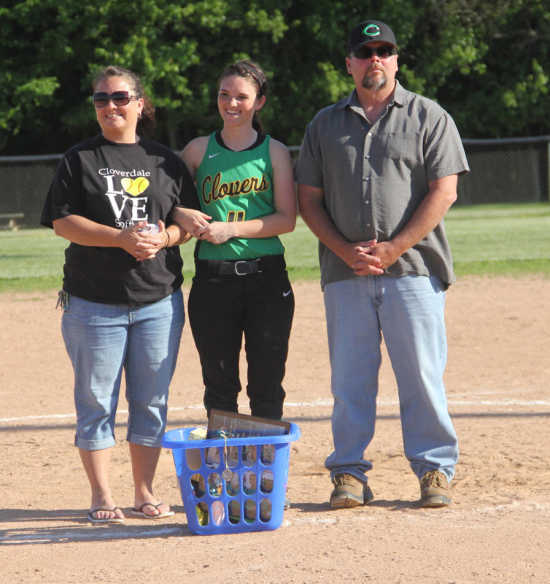 Robson enjoyed her position on the field and the opportunities it brought her.

"What I enjoyed most is winning county and catching balls in the outfield. I'm going to miss all my friends and playing softball," Robson

For Goss it was all about the team effort, and the closeness in the group of softball players. 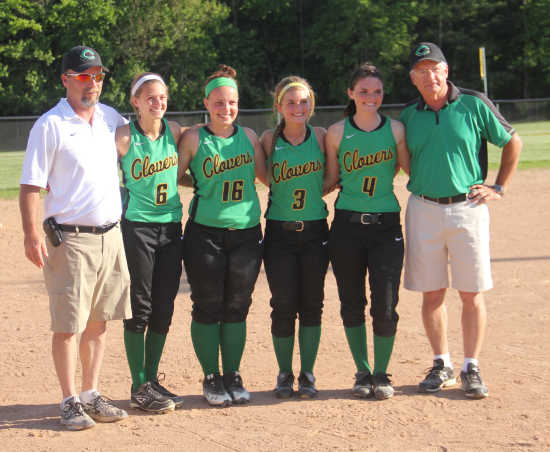 "My favorite memory this year is just being able to play with a team that gels together and winning county as a team," Goss said. "I'm going to miss most all the friends and all the memories that we've made through out this season."

Knapp stresses that even though Cloverdale's winning record of 13-8 (3-7 WCC) is impressive, it's job is not over because the post-season is here.

"I think they're ready," Knapp said. "I'm not over-looking

Covenant event though we've played them already and beat them. I never over-look a team. I hope I got these seniors for another month. They're making a reputation for themselves and everyone is paying attention. We'll see where it ends up."