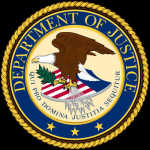 CRAWFORDSVILLE -- A Zionsville man will face five charges in federal court for the robbery of five banks in west central Indiana.

"It is imperative that we go after those who steal peace of mind from the community," Hogsett said. "Bank robberies put people in danger, both financially and physically."

McCormick allegedly robbed five banks between July 2012 and March of this year. In each robbery, he followed a similar pattern and possessed a firearm or other dangerous weapon.

The five banks are as follows:

Investigators from the Montgomery County Sheriff's Department obtained video surveillance after the March 12, 2014 robbery of the Darlington bank. The vehicle used was a newer model Nissan Sentra with damage to the passenger side rearview mirror.

Investigators were led to McCormick and a warrant was served on his residence in Zionsville. He later confessed to law enforcement his involvement in the five robberies he was charged with.

McCormick is currently housed in the Clay County Justice Center on a $125,000 cash-only bond.

With McCormick now facing federal charges, Hogsett said Friday morning that the suspect will be transferred to a federal detention facility, with an initial hearing and possible detention hearing to come in federal court in Terre Haute.

This was a joint investigation with the Federal Bureau of Investigation and the sheriff's departments in Montgomery, Clay and Morgan counties.

"I am pleased to be joined by all the local law enforcement and local prosecutorial teams," Hogsett said, giving the lion's share of the credit to local officials. "Without the cooperation that the U.S. Attorney's Office received in the matter, this case would not be tried in federal court."

Hogsett also emphasized the advantages of trying the case in federal court, as the charges against McCormick can be combined into a single case rather than using the resources of prosecutors in three separate counties.

"The main thing to me is the cooperation we saw from all agencies involved," Casteel said, adding that credit should also be shared with the Boone County Sheriff's Department, Lebanon Police Department and the Indiana State Police.

According to Assistant U.S. Attorney MaryAnn Mindrum, who is prosecuting the case for the government, McCormick faces a possible term of 25 years imprisonment and a $250,000 fine if convicted on each charge.

Hogsett also emphasized that if convicted, McCormick would serve a minimum of 85 percent of his sentence.

"I don't think those communities will have to worry about him for some time," Hogsett said.