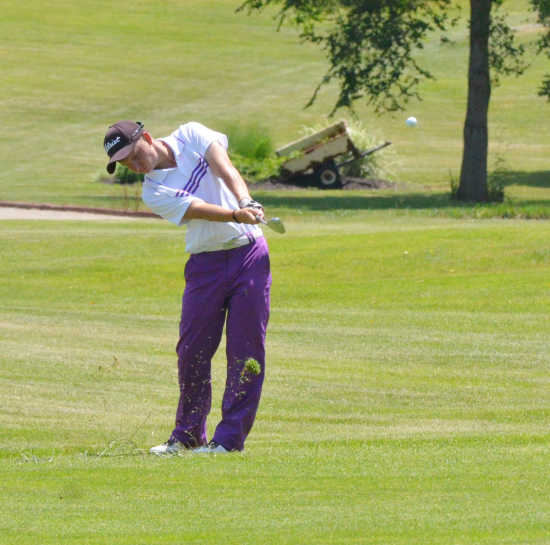 Alec Davis of Greencastle was able to extend his season when he scored a 73 at the Washington regional, advancing him to state. Davis was misidentified as Luke Brotherton in Friday's print edition of the Banner Graphic. (Banner Graphic/TRENT SCOTT)

WASHINGTON -- Two teams from Putnam County advanced to the IHSAA Boys' Golf Regional Tournament, as well as one Derek Chestnut golfing individually for South Putnam. The regional was held at Country Oaks Golf Course in Washington.

One Greencastle senior was able to extend his final season of golf, as Alec Davis scored among the top five golfers with his score of 73 and will be moving on the state championship t.

"I think I putted really well today," Davis said. "I just had one bad hole. Flushed an eight-iron. It went about 180 and it usually goes one 160. Other than that I think I played pretty consistently and I'm overall happy with what I did. Playing in the future I just have got to hit it closer and that will allow me to make more putts."

Davis went on to say how much he enjoyed his last season and sharing the course with his Tiger Cub teammates.

"This year I feel like we've improved quite a bit," Davis said. "I've really enjoyed my time with these guys and I'm really going to miss them." 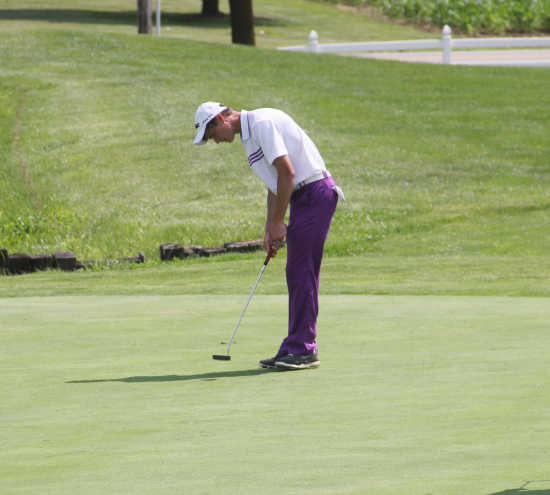 Greencastle netted a team score of 318 with seniors Luke Brotherton and Tanner Dean each scoring 79. Jake Buis had 87 and Carl Basile had 89.

"I had a pretty up and down bid," Dean said. "I started with a 41 on the front (nine holes). My ball striking really wasn't too bad. I just didn't make any putts. I think I had 35 putts on the day. When you don't make many putts and don't hit many greens. You're not going to score really well. So it was a frustrating day I know." 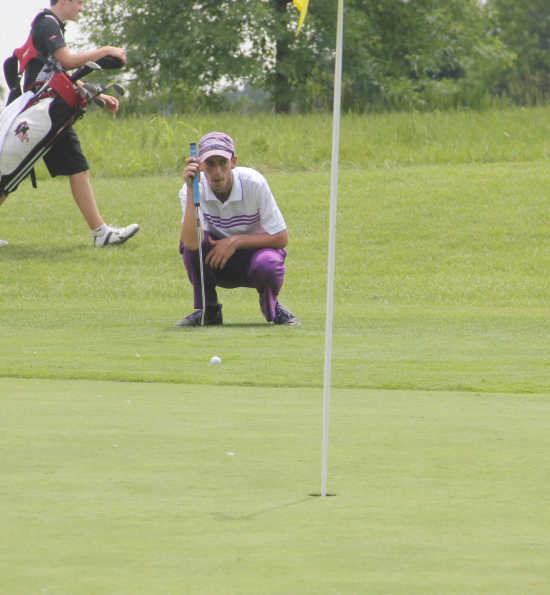 As frustrating as it may have been, Dean says that the enjoyment never leaves.

"It was a fun day you know," Dean said. "When don't I have fun with this team. These guys are a bunch of rascals. I don't think we ever have a dull moment. Probably my most fun moment was the practice round just getting ready for this game."

Luke Brotherton felt that the first nine-holes were a challenge, but felt he put in a better score on the back nine.

"I couldn't really get anything going I wasn't making putts, but I had a strong back nine. I had a lot of fun It was a great year to end on," Brotherton said.

Greencastle coach Steve Paquin enjoyed his seniors' and their play this year so much he is sad to see them go and no doubt will be looking forward to Davis' last match at Franklin.

"I can't say enough about the seniors," Paquin said. "For four years I've watched them grow and watched them getter better. Two of them are going on to play in college. One's going to Purdue where he probably won't play, but there just a great group of kids. I enjoyed them. I wish I had three more like them."

Greencastle wasn't the only team feeling as though the front nine caused the most trouble on the course.

"Some of them started the course with a rough nine and you just tell them to get there mind into play," North Putnam coach Linda Patrick said. "(Bennett Hazelgrove) shot 11 or 12 strokes better on the back nine. Which is great once he got calmed down and the nervousness was taken out of him, he was able to put his game together." 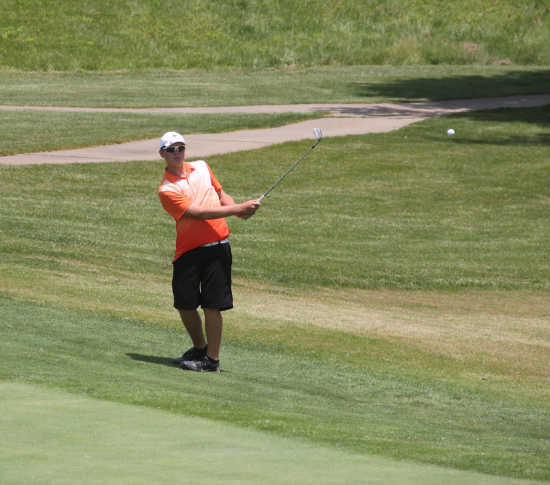 North Putnam scored 347 with Mason Asher coming in with a the lowest score of 83 followed by Danny Smith who had 85.

"I felt my driving was pretty good. I only missed four fairways," Asher said. "The front nine I wasn't too well with my iron but then on the back nine I picked it up. I'm pretty happy with my putting since I didn't have a three putt."

Hazelgrove, who also felt that his back nine played better than his front, tied with Austin Judy with 91 points. Hazelgrove says the course had a different feel then when the teams practiced on it the day before the match and that led to some difficulties.

The front nine, which we played first, was a lot harder," Hazelgrove said. "Mainly its harder because you have a lot of nerves going in. The course changed to about 10 strokes harder. The greens were all different and it wasn't as wet as it was yesterday."

Jake Smith feels that his senior season was a stepping-stone for the golf program at North Putnam. Smith scored an 88 on the day. 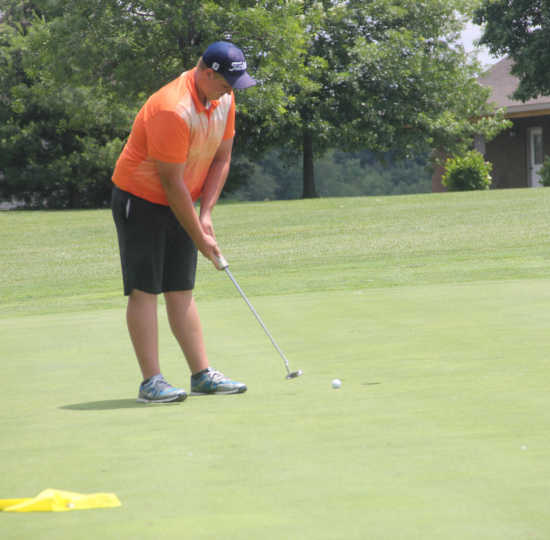 "I enjoyed just being with all the guys," Smith said. "These guys are pretty cool and just having the success we did. We were able to put North Putnam golf on the map more than it was."

As for South Putnam's representative, Chestnut scored a 77, which was better than most of the individual golfers, but did not advance.

"I hit some putts and I hit some solid irons shots," Chestnut said. "I could've gotten off the tee better. But really I played pretty solid. I had just a couple of bad holes, and it ended up costing me." 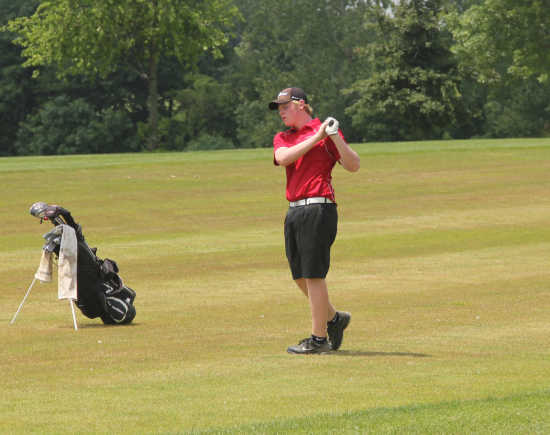 Chestnut has been one of Putnam County's strongest golfers this year and he doesn't discount the joy of playing in regional.

"It feels great it's an honor," Chestnut said. "There are some really good golfers in Putnam County this year. I played a lot better this year so it was more fun. Its always more fun when you play better."