Inmate fatally stabbed by another at Putnamville facility 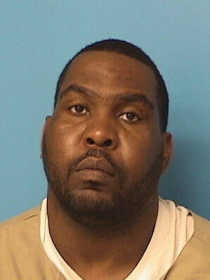 PUTNAMVILLE -- A 34-year-old Indianapolis inmate was fatally stabbed by another inmate Thursday evening at the Putnamville Correctional Facility.

The victim, Darwin Elmore, was serving two consecutive prison sentences from Marion County for dealing in cocaine. His projected release date was June 8, 2016.

The suspect has been identified as Anthony W. Reid, a 38-year-old southeastern Indiana man, whose release date is listed as May 2, 2015, Putnam County Prosecutor Tim Bookwalter told the Banner Graphic.

The Prosecutor's Office was scheduled to meet with Indiana State Police investigators and PCF officials Friday afternoon to develop their case against Reid.

Charges have yet to be filed and it is unlikely Reid will make a court appearance until Monday.

Bookwalter said the case is being "labeled a homicide for now" until charges are developed.

PCF spokesman Elesha Hidalgo said the incident unfolded at roughly 6:45 p.m. Thursday when a radio call came in within the prison for help due to an offender-on-offender stabbing in a general population dorm day room.

Hidalgo said the suspect has been isolated within the PCF for his safety and the safety of the other inmates.

An autopsy on Elmore's body was being performed Friday morning at Terre Haute.

Convicted in Floyd County, Reid was sentenced to consecutive terms of 10 years for robbery (armed or causing bodily injury) and 10 more for aggravated battery on June 13, 2002.

He also previously served a sentence for battery out of Floyd. for which he was sentenced in 1999 and released in 2001.

Elmore was received by Indiana Department of Correction at the Reception Dialogistic Center on Feb.26, 2007. He was transferred to Putnamville from the Indianapolis Re-entry Educational Facility on July 5, 2013.