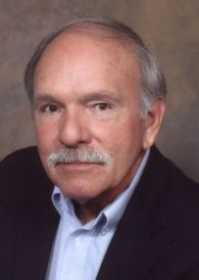 John Dittmer, professor emeritus of history at DePauw University and a nationally recognized authority on the civil rights movement, appears in "Freedom Summer," an episode of "American Experience," which debuts nationally on PBS Tuesday night.

"Over 10 memorable weeks in 1964 known as Freedom Summer, more than 700 student volunteers from around the country joined organizers and local African Americans in a historic effort to shatter the foundations of white supremacy in what was one of the nation's most viciously racist, segregated states," notes a synopsis of the program.

Locally, the two-hour program will air on WTIU at 9 p.m.

Dittmer's book, "Local People: The Struggle for Civil Rights in Mississippi," won the Bancroft Prize, generally considered the most prestigious award in the field of American history writing. He also authored the 2009 book "The Good Doctors: The Medical Committee for Human Rights, Race and the Politics of Health Care in America."

Professor Dittmer delivered the principal address to DePauw's Class of 2009 at the University's 170th commencement and received an honorary doctoral degree.