She and her eight siblings were raised on the farm which remained in their family for more than100 years. 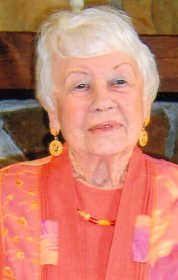 Velma graduated from Rensselaer High School and Indiana Business College, after which she worked at the Diamond Chain Co. in Indianapolis.

She married William Owen Brown and resided in Sullivan, Ind., where she worked for the Sullivan School System as a secretary.

Following her husband's death in 1962 she returned to Jasper County and later married Alford M. Lyons. They lived in Brook, Ind., and New Smyrna Beach, Fla., where she was a member of the First United Methodist Church.

She was a bridge player extraordinaire and golfed until the age of 80.

Velma's priorities in life were her love and support of family. Her positive attitude, wisdom and strength of spirit were an inspiration to all.

A graveside service will be held Aug. 9 at Center Ridge Cemetery in Sullivan.

Memorials can be directed to the Putnamville United Methodist Church.