One dead in three-vehicle crash on I-70 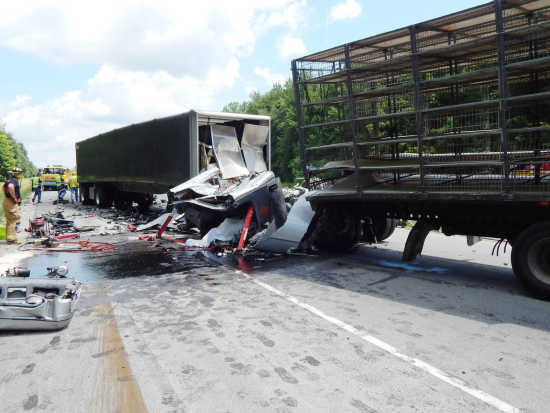 A semi driver was fatally injured Monday afternoon after rear-ending another trcuk on I-70 near the 30-mile marker. Westbound traffic was stopped for much of the afternoon, diverted onto U.S. 40. (Courtesy of Indiana State Police)

An Avon man was fatally injured Monday afternoon on Interstate 70 near the 30-mile marker in western Putnam County.

At 12:36 p.m., Indiana State Police and Putnam County emergency agencies responded to a three-vehicle collision in the westbound lanes.

The crash involved two tractor-trailer combinations and one passenger car.

Preliminary investigation revealed westbound traffic was slowing for a construction zone that began near the 29-mile marker and was requiring traffic to move into the right driving lane.

Both tractor-trailer combinations were unloaded at time of the crash.

The tractor-trailer he was driving was owned by Phoenix Metals of Middletown, Ohio.

Both Scorg and Smith were taken to Putnam County Hospital for non-life threatening injuries.

As of 4 p.m., westbound traffic on I-70 was backed up to the Cloverdale exit, 11 miles east of the crash. 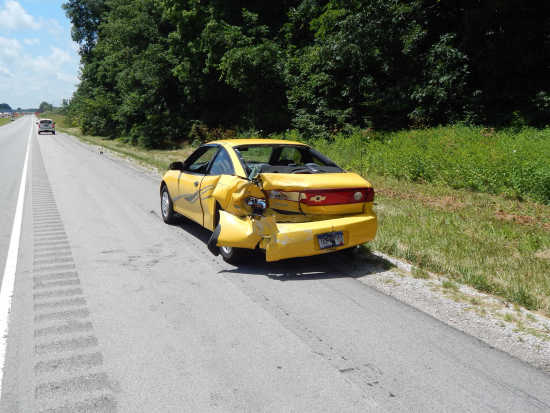 (Courtesy of Indiana State Police)
Respond to this story