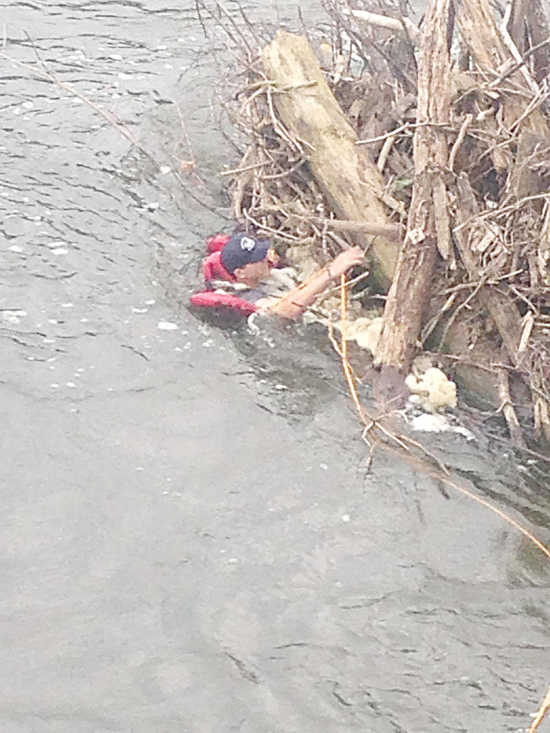 Clinging to tree branches in the White River after a fall from his canoe Wednesday afternoon, Michael Voskoboynik grabs at a rope thrown to him by Owen County deputies and Indiana State Police. Responders located the 49-year-old less than 30 minutes after a 911 call reported his cries for help and subsequently got him safely to shore. (Courtesy of Indiana Department of Natural Resources)

Owen County Sheriff's Deputies located Voskoboynik, 49, hanging on to tree branches in the river. Owen County deputies were able to get a rope out to Voskoboynik from the shore. The deputies, with the aid of the ISP Officers, were able to safely get him to shore.

He had been canoeing with a school group between Gosport and Spencer when he fell out of his canoe.

Voskoboynik was located at 1:24 p.m. He was wearing a life jacket and was uninjured in the incident.