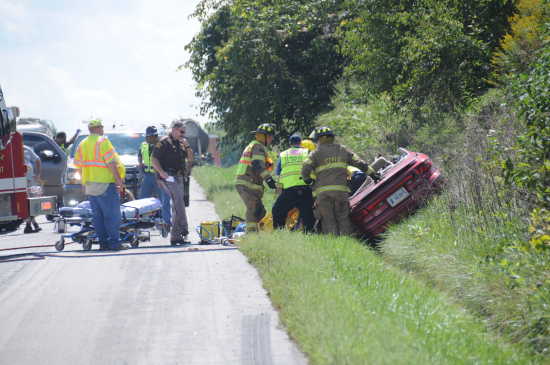 Investigating Officer Sgt. Craig SibbItt is on scene while emergency services work to remove the driver of a red Ford Escort Wednesday. The vehicle was involved in a head-on collision that sent both drivers to the hospital. (photo by KYLE HOLLINGER)

Investigating Officer Sgt. Craig Sibbitt explained that the accident occurred at 12:57 p.m. when Cutright crossed the centerline heading northbound in a 2011 Ford Fusion, sideswiping a southbound 1998 Freightliner and continuing northbound for approximately 200 feet in the southbound lane before striking Chamberlain in a 1999 Ford Escort.

Cutright's vehicle came to rest facing southbound traffic in the middle of U.S. 231, and was the first to be taken from the scene for medical attention. 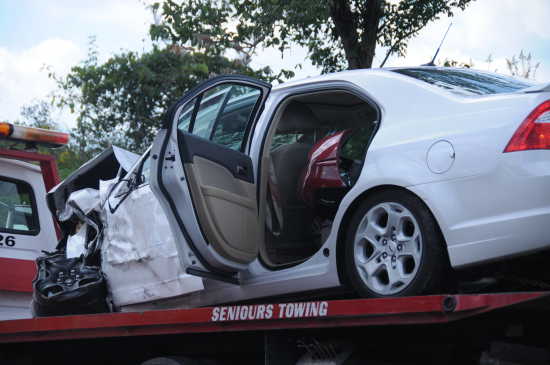 Chamberlain's vehicle came to rest in the ditch on the west side of U.S. 231 and had to be extricated from her vehicle before being removed from the scene for medical services.

According to the report issued by the Putnam County Sheriff's Department, the location of the most severe injuries suffered by Cutright involved minor bleeding as well as injuries to her face.

The location of Chamberlain's most severe injuries were on her knee and lower legs. 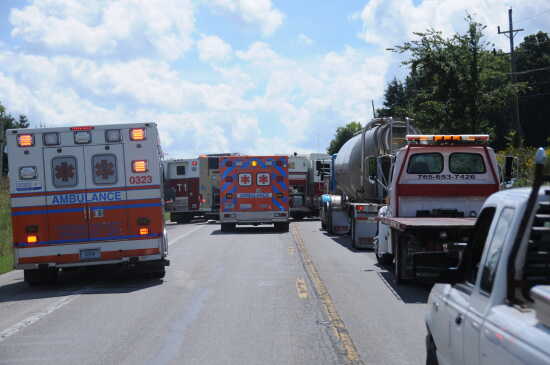 No further details were available regarding the status of their injuries.

The driver of the semi-truck, Ronald Seyfert, was able to drive away from the scene with no reported injuries.