With the City of Greencastle facing water and wastewater construction projects and system repairs, the Board of Works and Safety Wednesday evening reluctantly recommended rate increases for both municipal utilities.

The Board of Works unanimously approved three proposed rate increases that the Greencastle City Council will consider at its 7 p.m. meeting Tuesday, Sept. 9 at City Hall. 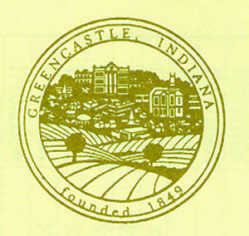 According to the City Utility Office, the average Greencastle user currently pays $69.03 per month for water, sewage and trash (the latter is a $10-per-month fee).

The proposed 47 percent water rate increase would mean an additional $10.01 on that bill, while the initial sewage rate hike of 11.1 percent would add $3.99 per month for the average user.

Thus, the total increase (effective Nov. 1) for the average city user would be $14 (plus tax), making the new average bill (for water, sewer and trash) approximately $85 a month.

If approved by the City Council on Sept. 9, a rate increase ordinance will be published as a legal ad twice prior to a public hearing set for Oct. 14.

The timetable is important in order for the city to close on a State Revolving Fund (SRF) loan this November to finance the necessary utility improvements.

The city has not raised its utility rates since 2006, Mayor Sue Murray pointed out.

"There is no alternative," Selvia responded. "We have an aging plant we need to take care of."

"And," Mayor Murray interjected, "an agreed order with IDEM."

According to that order, the City of Greencastle has 18 months -- as of last Oct. 7 -- to comply with the Indiana Department of Environmental Management (IDEM) determination that will require modifications to the city's water treatment plant.

Last October IDEM declared the city water supply under the influence of surface water, meaning a construction project and a major expense were almost certain to follow.

Lori Young of Curry & Associates Consulting Engineers and Architects recently detailed a preliminary engineering report on a project that would bring the city in compliance with IDEM and Environmental Protection Agency (EPA) regulations.

Complying with required modifications to the city's water treatment plant and wellfield, Young said, will necessitate a total project cost of $2,675,500, which is the reason behind an increase in water rates and the need for the SRF loan (expected at 2.3 percent).

A contract award is expected immediately following the closing of the SRF loan.

Construction is tentatively set to begin in December with substantial construction completion due next May and project completion in July 2015.