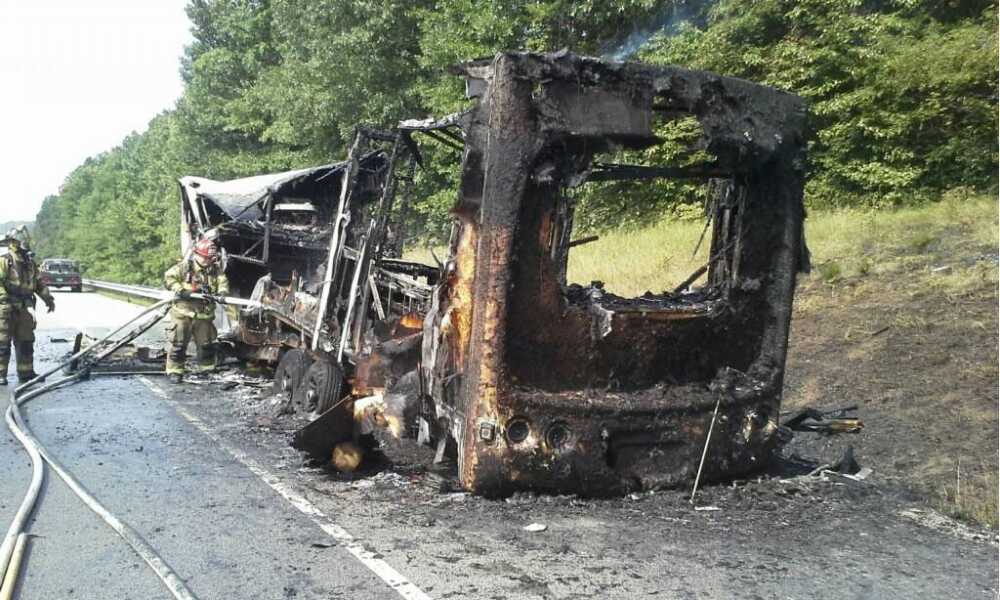 The remains of a camper trailer that caught fire while driving on Interstate 70 that also contained multiple firearms and ammunition caused no injuries despite dangerous circumstances. (photo courtesy of Reelsville Volunteer Fire Department)

A fifth-wheel camper trailer carrying firearms and ammunition caught fire near mile marker 31 on Interstate 70 Thursday morning, closing down traffic in both directions for approximately one hour.

According to Putnam County Sheriff's Department Sgt. Craig Sibbitt, Michael Hall, 35, Kingston, Okla., stopped along the shoulder of the interstate approximately 10 miles west of Cloverdale after noticing smoke coming from the camper-trailer he was towing.

Eventually the ammunition began to discharge in the burning camper, adding to the danger.

Traffic was diverted around the incident via U.S. 231 and U.S. 40 until the scene was declared safe and extensive cleanup was performed.

Indiana State Police were also on the scene.