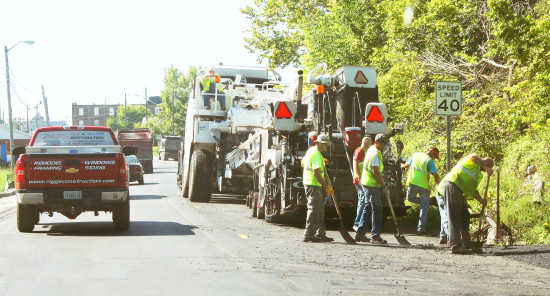 The repaving and pavement reconstruction project continues on U.S. 231 between Frazier Street on Greencastle's north side and just south of U.S. 36 as traffic control allows one lane of vehicles to use the northbound lane to head south. Meanwhile, a crew from Wabash Valley Asphalt works on the approach from Depot Street to the west as similar finishing touches were done to the intersections at Edgelea Drive and Doc James Road as well as the fairgrounds. The work is all part of the same construction project that included the bridge repairs north of the fairgrounds this summer. Completion date for the entire U.S. 231 project is listed as Oct. 24, an INDOT spokesman said.