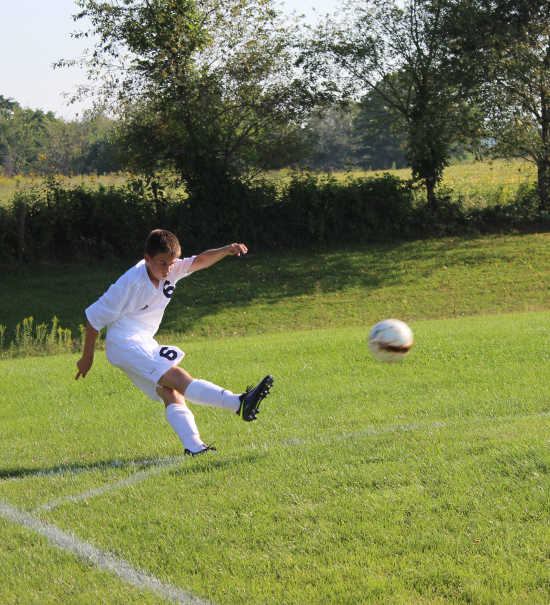 "I felt this is a team we should've been able to compete with," Cougar coach David Moeller said. "We just made too many mistakes. We had a lot of opportunities. Their goalie is fantastic. He made a lot of great saves."

The Cougars (1-0 0-0 WCC) attempted to score with 35:31 left in the first half. Sophomore Kavyn Timm played a nicely fed ball, but Mountie goalie Devin Miller denied Timm. Miller had a nice night fending off eight balls.

"We had a few crosses," Moeller said. "They weren't playing where they needed to be. They need to be at the PK line. They can't play balls where the goalie can just pick them up."

The Cougars took four of the first six shots in the game, but came away without a goal. They could not gain the momentum needed from this to sustain control.

The first shot was shot because of a tripping penalty against the Cougars at the 36:22 mark. Mounties senior Mikal Farabee took a free shot from the penalty line and scored past the outreached hands of Cougars' goalie Bailey Allen.

Farabee's goal marked the only score of the first half.

The Mounties emerged out of the intermission and scored less than three minutes into play. Midfielder Race Olinger crossed the ball from the left side of the field to forward Camron Mason and Mason struck it in past Allen.

With 31:52 left in the half North Putnam's defense broke down and Southmont's midfielder Chase Kinkead shot a ball that went off the crossbar. The Cougars were lucky to only be down 2-0.

The Cougars forced the ball on their side of the field at about the 27-minute mark. After three loose balls junior Michael Noble put his all into the ball and grazed it off the bottom portion of the crossbar and into the net with 26:04 left.

Momentum started swinging the Cougar's way and they managed to storm off some exceptional hits.

"With the wind at our backs it helped us," Moeller said. "Bailey's (Allen) punts were able to go a little farther. We were able to put a little pressure on their back line. The pressure we put on the ball forces teams to make more mistakes."

Less than a minute after the North Putnam goal, midfielder Jake Holtze was at it for his team again. Unlucky for him, he grazed it off a Mounties' defender leg.

The Cougars tried twice more between the 22 and 24-minute marks but could not convert.

The Cougars, who had problems with penalties most of the game, gave up their most costly with under ten minutes to go.

With 8:48 left to go Farabee was awarded another free kick and if he made the shot, the Cougars' chances at winning were mostly by the way side.

Allen, jealous of Millers' highlight saves, wanted one of his own. The pressure was on Allen knowing his team's hopes were in his hands, but Allen dove outreached and saved Farabee's kick from going into the net.

"He's made some great saves this year," Moeller said, "He's kept scores a lot lower than someone who would be inexperienced."

The Cougars gained momentum off the save and and freshman Alex Krominaker had an open goal because of Miller losing the ball. As Krominaker tried to cross the ball, he lost sight of the ball and missed the kick.

North Putnam had nothing left in the tank and they ended the game on that note.

The Cougars will travel to Terre Haute South Vigo this Saturday and will start with an 11:30 a.m. kickoff.