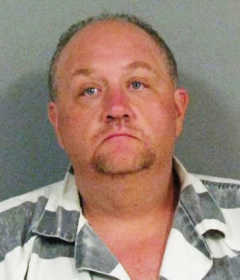 BUFFALO, N.Y. -- Less than a week after the family of Mary E. Whitaker conducted private funeral services in New York City, the two men implicated in her murder have been indicted by a federal grand jury.

The homeless duo of Jonathan Conklin, 43, and Charles Sanford, 30, with last-known addresses in Erie, Pa., were indicted Friday on charges linked to the murder of Whitaker, a 61-year-old Greencastle native, during an Aug. 20 robbery at her Sherman, N.Y., summer home.

Still facing murder indictments that could come as soon as Tuesday in Chautauqua County, N.Y., Conklin and Sanford were charged Friday in federal court with use of a firearm in commission of a crime of violence, being felons in possession of a firearm and carjacking.

U.S. Attorney William J. Hochul said Friday the suspects face minimum federal prison sentences of 10 years and up to life in prison with fines of $250,000 each if convicted of the three federal charges.

Hochul has said his office "will do everything in our power to make sure neither of these two men ever again walk free."

Conklin and Sanford, who will be arraigned at 10 a.m. Tuesday in Chautauqua County near Lake Erie, where a grand jury will consider state murder charges.

Local and federal authorities in New York and Pennsylvania arrested the pair Aug. 22 after tracing phone calls and purchases made with Whitaker's cell phone and credit cards, said Assistant U.S. Attorney Timothy C. Lynch, who is handling the federal case.

Authorities say when Conklin used Whitaker's credit card at a Rite Aid drugstore in Erie, he was caught on video surveillance. 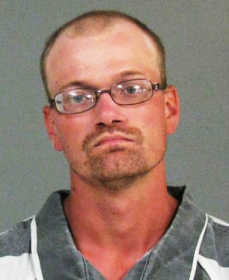 Conklin, a homeless man with a violent criminal past, and Sanford, a registered sex offender, are accused of shooting and stabbing the world-class violinist after stealing a rifle from an apartment in town and walking to the rural area where Whitaker's home sits on a hill.

Sanford has reportedly told authorities he knocked on Whitaker's door, and said his car had run out of gas and he needed a phone.

Once she was lured outside, Conklin reportedly confronted her with the rifle and shot her after she screamed.

In a subsequent struggle for the rifle, Whitaker was shot again in the leg. She fell, hitting her head on the garage door. She was then dragged into the attached garage, where Sanford stabbed her in the neck, police reports state.

Conklin "wanted to live like a rock star," and needed money to buy drugs, according to an affidavit filed in support of the criminal charges.

A 1971 Greencastle High School graduate, Mary Elizabeth Whitaker was the daughter of the late John and Frances Whitaker, who owned and operated Whitaker Funeral Home (now Bittles and Hurt) in Greencastle throughout much of the 1950s, '60s and '70s.

After graduating from Indiana University, she moved to New York City with a performance degree in violin. Over the past 30 years she was associated with many of the major free-lance orchestras in New York, toured regularly and was part of Barbra Streisand's 2006-07 international tour.

A member of the Westchester Philharmonic for 25 years, she played regularly for Broadway shows like "The Lion King," and spent summer months performing with the Chautauqua Symphony.