Juror switch speeds up the process

TERRE HAUTE -- The jury's still out on why a reboot of jury deliberations Friday afternoon produced a verdict in the T.J. Smith police brutality trial in less than two hours when the 12 jurors previously couldn't reach agreement after more than 13 hours of discussion.

Jurors were courting disaster Friday, seemingly on a collision course with a hung jury and a possible new trial, when one change apparently made all the difference in the world for moving the trial on to conclusion.

Juror No. 3 -- by all indications the oldest male member of the panel entrusted with the fate of Smith, a 37-year-old Putnam County Sheriff's deputy facing four federal counts of using excessive force/police brutality -- was dismissed about 1 p.m. Friday. At that point, deliberations had already passed the 13-hour mark without resolution. 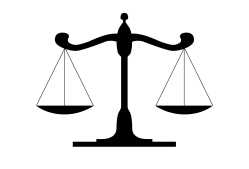 But in less than two hours, the jury wrapped things up at the U.S. District courthouse in Terre Haute, finding Smith guilty on two counts and not guilty on two others.

"There was clearly an impasse," federal prosecutor Bradley Blackington said after the verdicts were announced.

"He was refusing to engage in deliberations," she said of Juror No. 3 who was replaced by an alternate who had been privy to testimony but not deliberations.

So that move effectively wiped out 13 hours of prior deliberation, which by Friday morning appeared to have forged at least two verdicts in the four-count case against Smith.

However, both sides appeared content with the change in jurors and what transpired thereafter.

"It made it better no matter how the decision came out," defense attorney John L. Tompkins said. "The change in jurors resulted in a verdict, not a hung jury."

Tompkins offered praise for the jurors who endured the frustration of deliberations with a supposed peer who apparently either wouldn't budge from his notion of guilt or innocence or who had no interest in interacting with the others to achieve a verdict.

The situation spoke to the "true nature of jury service," Tompkins suggested to the media after the trial.

"It makes us appreciative of the process," the attorney added, praising the Smith jury as "very much respectful of the system" despite the aggravating circumstances.

As the second day of deliberations and fifth day of proceedings dawned Friday, opposing attorneys and U.S. District Court Judge William T. Lawrence convened in the courtroom without the jury, all expressing concern about one member of the 12-person jury empaneled since Monday.

During a 10 a.m. hearing, the judge referred to a note from the jury foreman, indicating the jury was hung on two of the four counts against Smith, which apparently meant it had reached a verdict in the other two.

The judge also pointed to another juror's note stating that one member of the panel had been "refusing to deliberate."

That jury member, identified as Juror No. 3, apparently sent the judge a number of notes, asking for a definition of the word perceived, questioning who had the burden of proof (always the prosecution) and if the grand jury had found Smith guilty.

"I'm at a loss," federal prosecutor Bradley A. Blackington said. "I have to wonder about the juror's competence at this point."

"It raises some real concerns for me," the Indianapolis attorney conceded.

However, Juror No. 3 was not dismissed at the outset of Friday's proceedings but allowed to remain in the jury room for two more hours until apparently wearing out his welcome.

Judge Lawrence indicated that as of the Friday morning hearing he had received a "world record" seven notes from jurors in the case since deliberations began after 11:35 a.m. Thursday.

He responded by telling jurors to refer to the lengthy instructions he gave them before deliberations began and to continue their deliberations, which they did following the brief court hearing Friday morning.

Friday's return to court followed 11 hours of deliberations on Thursday.