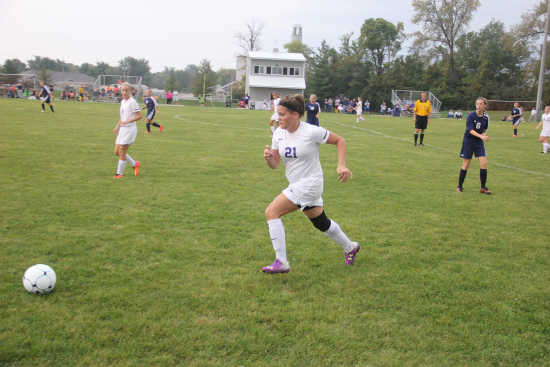 When the Greencastle girls' took the home field for senior night on Thursday against North Putnam, they hoped to put out an entire game's worth of an effort against their county rivals.

Unfortunately shortly after each team got into the swing of the match it was called due to lightning.

Each team had to refocus, switch jerseys and change playing locations to finish the match on Saturday at North Putnam. After six referees, two playing fields and six soccer balls were used, the Lady Tiger Cubs took a 2-0 win over the Lady Cougars. 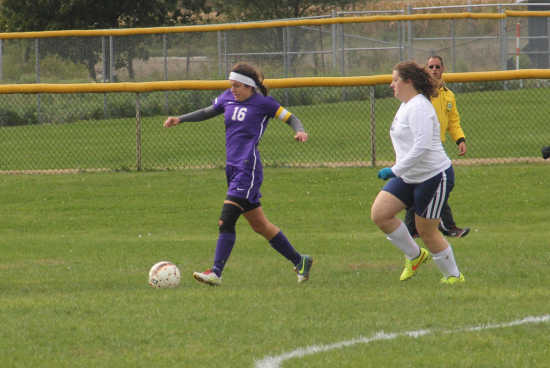 Sydney Secrest on Saturday moves the ball into position for the Tiger Cubs.
Order this photo

"You hope that it is understood that you've got to refocus," North Putnam coach Chase Hiland said. "The first game we came out really focused and ready to go. It showed. Today (Saturday) we just lost the mental game."

The second part of the first half on Saturday ended in a 0-0 draw and The second half started out much the same with each vying for position.

While North Putnam (9-6, 0-2 WCC) managed to threaten Greencastle's goalkeeper Amelia Smith with shots on goal and a couple of corner kicks, but the Tiger Cubs struck first when Bailey Lausee took a shot that skirted pass Claire Sims for the first score. 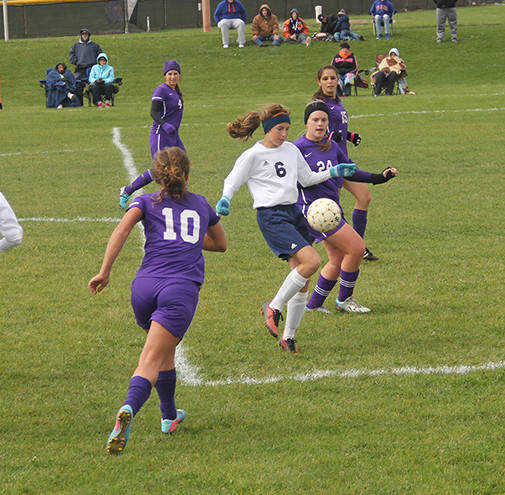 Sims was doing the work on defense however as Greencastle took 17 shots on goal only to score twice.

Hiland thought the Tiger Cubs had a mental edege in the windy weather.

"When it gets late in the year you'll get those games," Hiland said. "You kind of have to block out and play through. Greencastle did. They came out and were ready to go. Mentally speaking they were aggressive. They went after the ball and they took it to us." 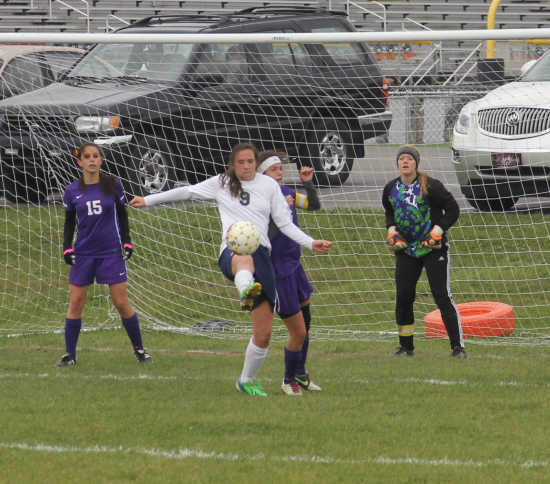 Emilee Henninger (9) takes a shot on goal for the Cougars. (Banner Graphic/JAY LOCKETT)
Order this photo

The second score came from senior Sydney Secrest who made the score 2-0 and said she really enjoyed leading the team this year with Breanna Ferrand.

"(This season's) been great," she said. "It's everything I would've expected. It's always fun to be a leader and be looked up to."

Secrest said that the wind and cold didn't really affect her team's mindset as they settled into the flow of the game.

"It was a little cold this morning but after we got warmed up it was just a blast to play," she said. "They had a quality team and we were pretty even. We had to get that first score. I think that after that we gave it to them."

Both teams are looking ahead to sectional play with hungry eyes, and Greencaste will have the home field advantage when it takes on Cascade tonight.

North Putnam will play at Greencastle Tuesday and will hope to continue its winning streak against Southmont.

The Lady Cougars beat the Mounties twice this season the last of which was a 1-0 win that came on Sept. 27.

"It's a good thing that we have another practice before our first game," Hiland said. "We have Sunday off unlike Greencastle. They'll be OK on Monday. They're a pretty good group with when we do drop a result they come back ready to go the next day."