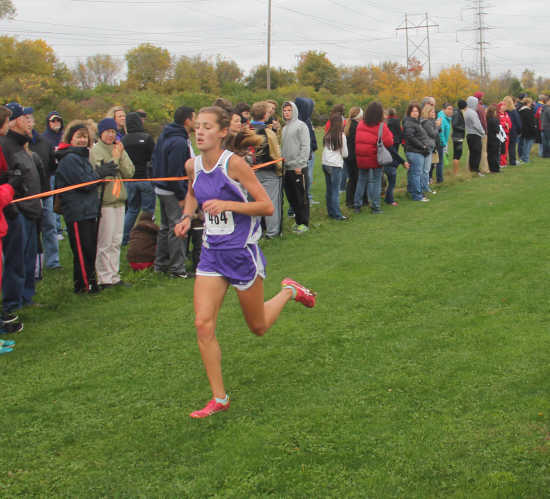 Corrine Romer of Greencastle finished with a time of 21:16. (Banner Graphic/JAY LOCKETT)

INDIANAPOLIS -- After running at South Putnam three consecutive times at the end of the regular season, South Putnam, Greencastle and two members of the Cloverdale girls' team took part in the Ben Davis Regional Saturday. The event was won by Avon.

"Ben Davis is a really flat course, which is good because it's fast but we train on hills all the time," Egold said. "Our course is so hilly. The hills are a kind of advantage for us. It's definitely different racing on a fast course but I liked it." 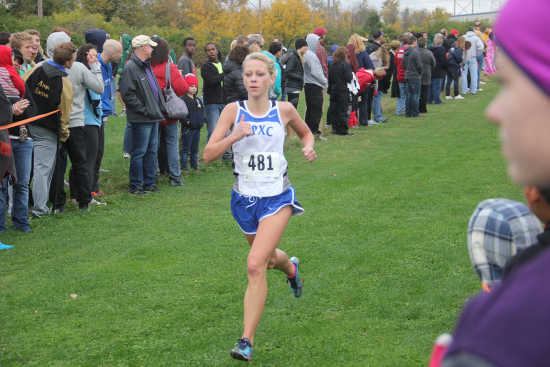 Egold said that she was coming down from a fever on Friday and was unable to practice all week. She says that considering that she was happy with her time of 20:57.

Eagle coach Brandon Welti was pleased with both teams' performance at this high level competition.

"Overall boys and girls, we had everybody race really well," Welti said. "I know we had Egold and Keiffer Vittetow advance so it was really good to see that. We also had (Berndt) Freeman and (Julianno) Delano really close but they just missed it. Everyone ran really well." 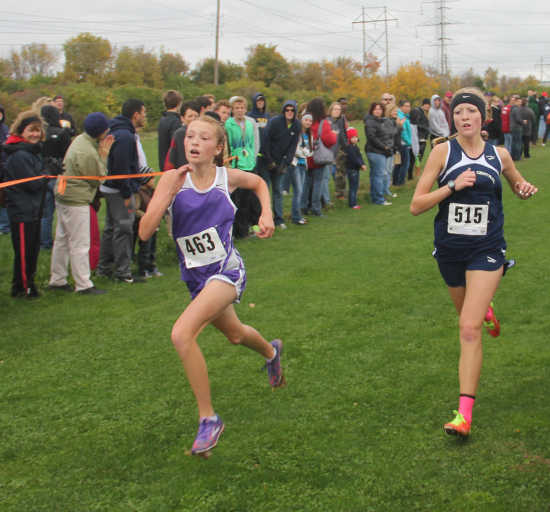 Arianna Pershing of Greencastle finished with a time of 21:30. (Banner Graphic/JAY LOCKETT)

On the boys' side, Eagle Keiffer Vittetow and Tiger Cub Taylor Secrest will be advancing. They finished 31st and 22nd respectively.

"Today was a nice day to run," Secrest said. "It was the right temperature. When you have the hilly course you definitely have to try harder going up those hills. Here you get to stride out on the flatness, so it's nice." 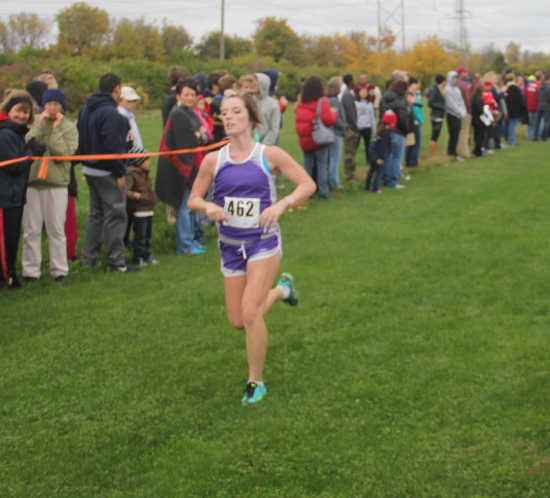 Brittany Love of Greencastle running past in a blur of speed. She finished with 21:41. (Banner Graphic/JAY LOCKETT)

Greencastle coach Garry Anderson said that the stacked field at the Ben Davis Regional combined with the breezy conditions both played its part against the Tiger Cub team. 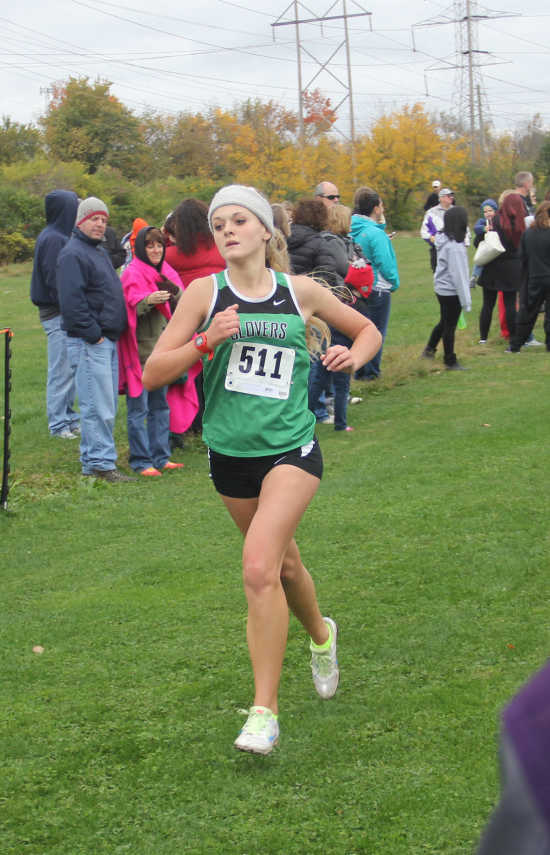 "These conditions hampered the runners from getting those fast times they normally get at Ben Davis," Anderson said. "Both boys and girls fields were lead by highly ranked teams that continued to excel today. In the boys' race No. 5 Avon, No. 14 Zionsville, No. 15 Indianapolis Ritter, and No. 23 Brownsburg led the charge from start to finish. The girls' top guns No. 2 Avon and No. 8 Zionsville were pushed by Pike and Plainfield.

"In both races the start was somewhat slow at first and then near the middle of the races the pace picked up and finished with a rush at the end."

Clover Coach Andy Tyler was excited for his two runners and pleased with the effort they displayed. 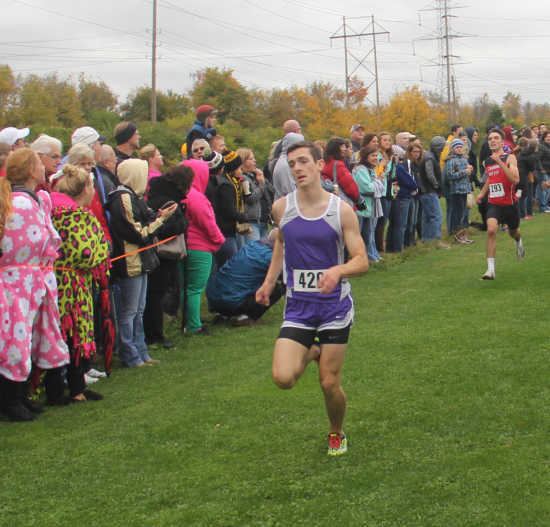 "I think we ran well for it to be cold and breezy," he said. "(Clare) Plamondon was two seconds off of her PR this year. I think in conditions like that it's pretty good. It was a good season."

Plamondon said that the weather and the course played to her advantage.

"I liked the course," she said. "It's pretty flat. It's easier than sectional though the competition is harder. This is good running weather. I did not feel the cold." 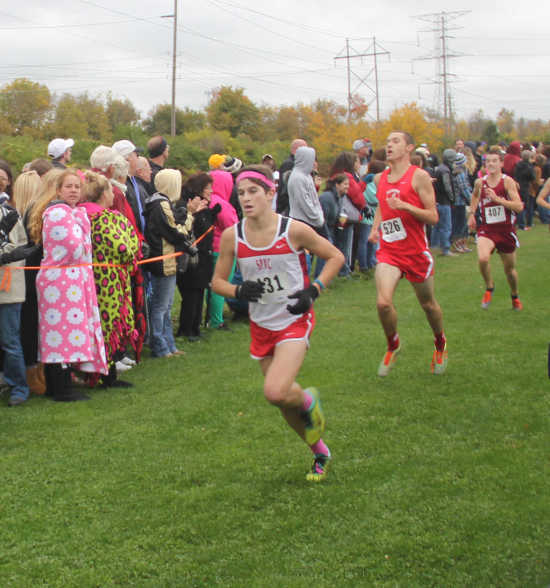 Kieffer Vittetow finished with a time of 17:03 for South Putnam. (Banner Graphic/JAY LOCKETT)

Plamondon finished with a time of 23:05 while Victoria Szalay finished with 23:38. Both runners will be back next year to try and push past this event into the semi-finals.

"We just ran at South Putnam," Szalay said. "That's the fifth hardest course in the state. This was pretty flat and the conditions weren't too bad. When it is hot out, it is hard to run."

Regionals will be held on Saturday at Carmel at 10:30 a.m. where runners like Vittetow will be looking to take their times down even further.