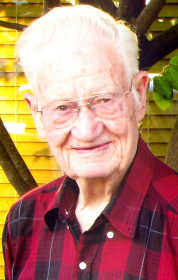 He was a United States Army veteran, having served in the South Pacific during World War II.

Jim was a diesel mechanic with Cardinal Contracting Corp. for more than 20 years, retiring in June 1990.

He was a member of the Greencastle Church of the Nazarene.

He was preceded in death by his wife; parents; a daughter, Dawn Adair York; and a brother, John Lee York.

Memorial contributions may be made in his memory to the Greencastle Church of the Nazarene.