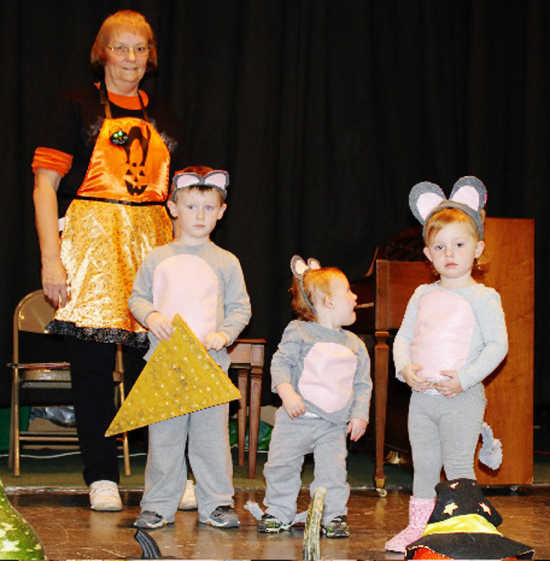 Grand prize winners for the evening were Ayden, Sadie and Aylor Oliver dressed as three mice with a large trap.

The reserve grand prize winners were Jerrod, Brittany, John and Luke Phillips decked out as a football group, complete with player, refree and goalpost.

Treat bags were given to each person in costume. The bags were sponsored by Ramsay Farms, Crawfordsville and Greencastle Kroger, Greencastle Walmart, Joan Everman and Darrell Wiatt.