The Pulse of Putnam County: November 2014 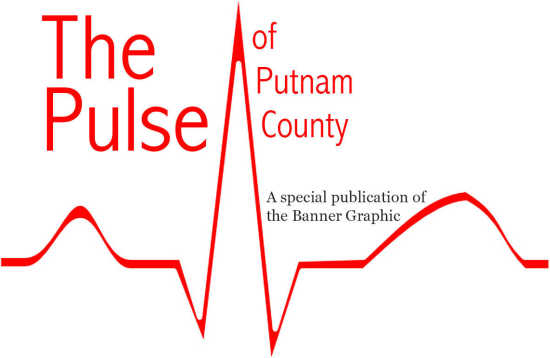 The November edition of The Pulse of Putnam County.

I don't believe there are any merits to Sunday liquor sales, but if restaurants are allowed to sell it that day, then liquor stores should be able to as well. I've never understood why restaurants are allowed to sell alcohol on Sunday and not the local liquor establishments. People can get inebriated at a restaurant and still go out and kill someone in an accident. They don't have to be drunk on a bottle of whiskey or wine they bought at a liquor store to do that. It just makes no sense to me why one would be allowed to sell alcohol on Sunday and the other not.
Of course, I wish alcohol could not be sold on Sunday at all, and especially not at Walmart at any time. But that's never going to happen. I don't think liquor should be sold at drugstores either. If people want to buy beer, wine, etc. for the weekend, buy it on Friday or Saturday, not Sunday.
I guess maybe I sound like an old curmudgeon or a teetotaler but I'm not. (Well, maybe an old curmudgeon, but I do enjoy beer and wine).
Sharon
Greencastle

Tracks distracting
Whose idea was it for those mini bulldozer tracks on the edge of the road and somewhere in the middle of U.S. 231 North? First rain/freeze will make those tracks like ice on the pond. That track in the middle of the highway, heaven forbid if a driver should doze off for a few seconds and hit that track. First reaction would be to turn the steering wheel, probably in the wrong direction, and hit a vehicle coming at them.
De
Greencastle

Highway observations
Each year our highway department here in Putnam County seems to do less and less. The past couple of years we have called and ask them to cut down weeds at T-roads. These are dangerous spots because you cannot see oncoming traffic from either direction. Our answer is usually "we will check into it" with nothing ever being done.
When we talked to some of the highway employees this year we were told that we had to call the office which is now in Crawfordsville and not Cloverdale. Apparently in our county the state highway road crew no longer does any mowing or trimming. It is now contracted out to individual people.
This summer they only mowed two times and that was only the width of their mower. One Sunday afternoon we did witness an individual going down the road with a weedeater who trimmed around two or three poles and moved on down the road, trimming nothing else that we could see. In this area all of the farmers take care of the roadsides in front of their property. But some also have ditches or hills that they cannot mow.
Maybe the state should reduce the taxes for these farmers that work hard to make our county clean and beautiful. Where is all of our road money going? Same amount of employees, if not more, and less work. Doesn't make sense to me.
Anita
Cloverdale

Road repairs needed
Avenues B, C, D and E need a lot of repairs. Whenever we have a heavy rain, the streets are flooded in some places all the way across the street. The kids walking to school have to walk in water. Only one street has a sidewalk for People Pathways. Water just can't get to the city sewer. The berm of the road is higher than the street and water just can't get to the drain.
The road to the city dump also needs a lot of repair. After crossing the railroad, it is one rough road. It would be just as well if it was made a rock road.
South County Road 100 East needs a lot of repairs. A few years ago the pipeline laid new pipe and when they finished it was left a real mess. I called last spring for the county to fix it but very little was done. A few chips and asphalt.
Earl
Greencastle

Priority repair?
We know there are many roads still in need of repair from last winter. Perhaps the section of North Jackson from Franklin to Shadowlawn deserves priority consideration due to its heavy traffic.
Jim
Greencastle

Roads to ruin
Putnam County roads and some streets in our various towns are in bad condition. The chipping and sealing does seem to help. It's better than nothing. Montgomery County and Owen County roads are better than ours. Do they get more money from the state or do they budget their funds better?
In the summer the county roads get so overgrown with weeds. Maybe we could get volunteers to clear them of weeds and trash. We could also have a clean-up twice a year for trash along the creeks.
Sharon
Greencastle