Icy conditions cause multiple accidents Tuesday morning on I-70 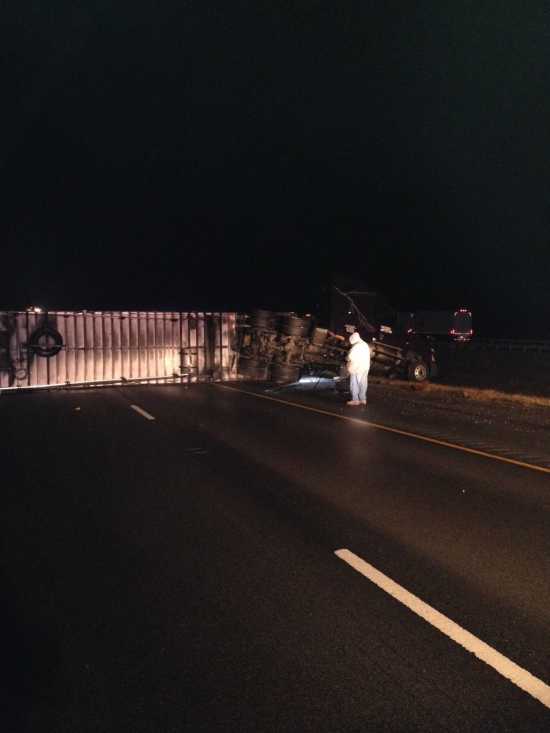 A semi truck going eastbound on Interstate 70 flipped on its side and began leaking fuel, blocking traffic in both directions this morning in one of a series of accidents related to icy conditions. (Photo courtesy of KERRY SHEPHERD)

The first incident occurred at 5:50 a.m. as a semi going eastbound on Interstate 70 jackknifed, overturned and began leaking fuel.

The incident blocked both directions of traffic near 34-mile marker in the still-dark morning. 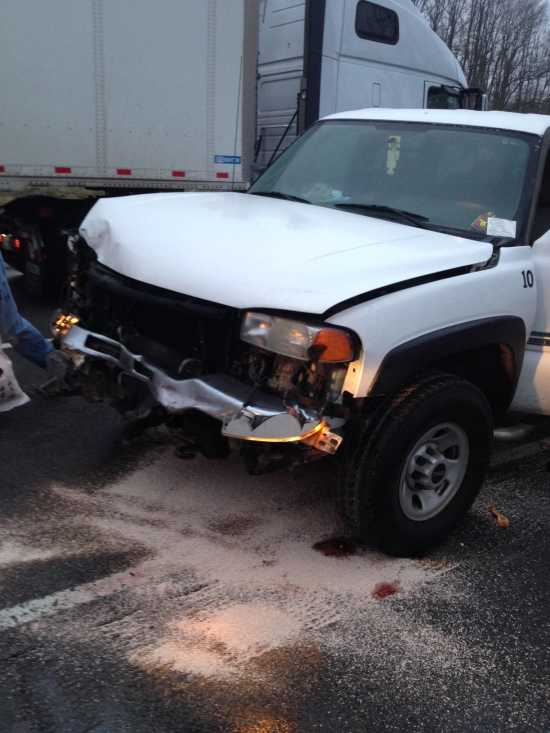 A four vehicle incident on Interstate 70 involved leaking gasoline and diesel Tuesday morning. Although no injuries were reported, it was just one of a series of accidents related to icy conditions. (Photo courtesy of KERRY SHEPHERD)

CTVFD later responded to a four-vehicle accident that resulted in diesel fuel and gasoline leaking from two of the vehicles.

No injuries were reported but again, icy conditions were to blame for the incident.

CTVFD also checked several other accidents throughout the morning, all due to cars sliding off the roadway in icy conditions.