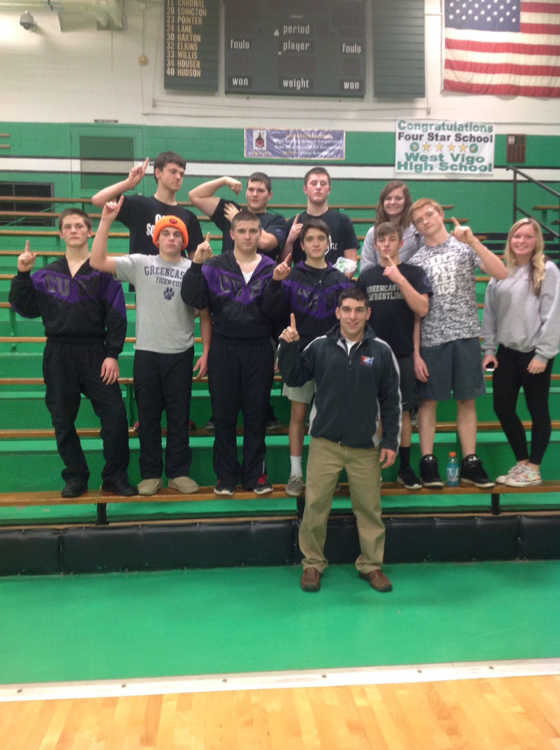 The Tiger Cub wrestling team are flexing their muscles after an early season win at West Vigo. Greencastle will be back in action today when they hit the mats against North Vermillion at home. (Courtesy Photo)

The first match of the night was at 220 lbs where Brayden Lady faced Randy Sullivan and was able to get the Tiger Cubs' momentum going with a pin at 2:48.

The Tiger Cubs didn't stop there as the next five matches, Greencastle recorded pins.

Jacob Meyer had a great start to his match at (152) as he put his opponent straight to his back but couldn't hold on for the pin.

Final match of the night was at (195) where freshman Cade Winslow lost a hard fought battle against senior Josh Beasley.

"Overall I am very pleased with these young men. They are a dream come true for a firs year coach. They do everything I ask of them and more. With such a young team with only two seniors I am excited for the future of the Greencastle wrestling program.

Any K-12th grader in the GCSC interested in how Greencastle wrestlers prepare, or joinig the fututr of GHS wrestling, can join the varsity team on Thursday night at 6 p.m. in the Greencastle High School wrestling room.