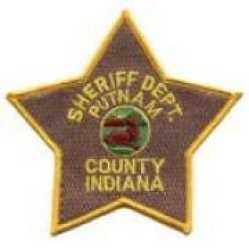 As fallout from the police brutality case against former Putnam County Deputy T.J. Smith continues, an ex-colleague is facing a misdemeanor charge in Putnam Superior Court.

Philip Troyer of Greencastle is charged with Class B misdemeanor false informing related to a police report he filed regarding Smith's assault of an already restrained man in September 2012.

Charges were filed Monday by Parke County Prosecutor Steve Cvengros, who was appointed special prosecutor for the case in October.

The probable cause affidavit in the case, written by Putnam County Prosecutor's Office Investigator David Meadows, alleges Troyer's testimony in U.S. District Court contradicts the police report he filed in the case.

Citing a Banner Graphic article from Sept. 6, Meadows learned Troyer testified that Smith punched Cletus Warren in the head after he had already been restrained by Troyer and fellow Deputy Josh Boller.

The incident began as a pursuit in which at one point Warren rammed Boller's police vehicle with a pickup truck. Following the pursuit, with officers closing in on the vehicle, Troyer said Warren raised his hands and apologized to Boller.

The officers put their weapons away and were removing Warren from the truck bed to have more room to handcuff him.

At that point, according to testimony, "Warren suffered a closed-fist blow to the head."

"I heard a pop like a tomato hitting a wall," Troyer said of the moment Warren was handed over to Smith, though no officer actually saw Smith punch Warren.

Troyer went on to tell the jury he sought help in writing the report, as he had not previously handled such an incident. He said he was told by his superior, Sgt. Jon Chadd, what to write in the report of Warren's arrest.

Reviewing the report, Meadows found inconsistencies between Troyer's testimony and his report.

In particular, Troyer's report advised there was a struggle with Warren and that he was trying to kick officers. The report further said Warren was taken to the ground "due to unknown weapons or tools in the bed of the pickup truck and due to his continual active resistance."

Furthermore, the report made no direct reference to Warren being punched in the face, saying only, "At some point in the struggle Mr. Warren sustained minor facial injuries."

Noting these inconsistencies, Meadows interviewed Troyer on Sept. 18. Troyer told the investigator that he had disclosed the inaccuracies of his report to the FBI and that his testimony in court was accurate.

He also told Meadows that Chadd had instructed him how to write the portion of the report in which Warren was hit in the face.

Troyer said he was not sure why he was told not to be specific, but that he did not question it, as he had not previously handled a similar incident.

"I just thought that was the way to type it," Troyer told Meadows. "I thought that it was OK. I was looking to my supervisor for the help. Now I know."

Chadd also testified that once Fenwick arrived on the scene after the chase, and after the punch, the sheriff said to him "he should've struck him in the other eye."

However, when Fenwick took the stand later in the trial, the sheriff denied he had said such a thing or that he had told officers to falsify information.

As of the close of business on Tuesday, no related charges had been filed against Chadd, Fenwick or any other officer.

Cvengros was out of the office on Tuesday and therefore could not be reached for comment on the Troyer case or any other potential charges.

Bookwalter said in his request that any "institution of criminal charges by me would give the appearance of impropriety to the general public."

Troyer remains employed by the Putnam County Sheriff's Department, but not as a merit deputy, having been transferred to the jail division in September.