It might be a new year but the Greencastle City Council and its annual appointments and assignments took on an old look Tuesday night.

The first meeting of the new year traditionally means time for the Council's annual reorganization and restructuring of city department liaison assignments and city board appointments. 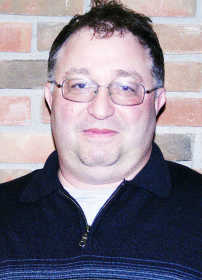 Mostly, however, it became another case of old faces in familiar places, creating a 2015 city roster much like the one in place for 2014.

Most notably, for the seventh straight year, Democrat Adam Cohen, the city's First Ward representative, will again serve as president of the Greencastle City Council.

Cohen initially assumed that leadership role in 2009, during just his second year on the City Council, succeeding John Lanie as president of the city's five-member governing panel (which, incidentally, will grow to seven representatives with the city election this year).

Tuesday night Councilman Mark Hammer wasted no time in advancing a motion to retain Cohen as City Council president, praising him for a job well done in the past. With no other nominations brought forward, Cohen's re-election was again unanimous.

It was also unanimously agreed that the Council will continue to conduct its regular monthly meetings on the second Tuesday of each month, beginning at 7 p.m. at City Hall.

Meanwhile, other than newcomer Tyler Wade, the city's Fourth Ward representative, Council members will again team up with the Greencastle departments for which they served as liaisons last year.

"It's our job to be an advocate for them," Council President Cohen said, explaining how the liaison position operates.

Likewise, the majority of the Council's board assignments remain unchanged for 2015. Those include:

The City Council will next meet in regular session at 7 p.m. Tuesday, Feb. 10 at City Hall.