City Council concurs with CACFID on contribution to Area 30 project

The seven-figure lovely parting gift from IBM Corp. when Big Blue left town in March 1987 continues to be the proverbial gift that keeps on giving.

Even now, almost 28 years after the city's biggest employer closed its door here and sent 985 employees into retirement or on to other IBM facilities across the country, its monetary donation to the community continues to pay dividends for projects designed to aid the future of Greencastle and Putnam County. 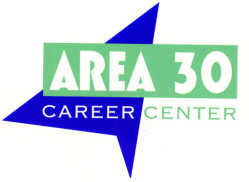 This time, $50,000 will be used to assist the Area 30 Career Center WIRED program with funding for needed power upgrades at the Area 30 facility, coincidentally housed in the old IBM building on Indianapolis Road, which it shares with Ascena Group (formerly Charming Shoppes/F.B. Distro).

Tuesday night the Council approved the funding by unanimously passing Resolution 2015-1 during its first meeting of the year at City Hall.

Mayor Sue Murray noted that the funds not only will assist Area 30 in developing its unique WIRED program but will play an important part in "providing trained workers for our local workforce."

Those grants toward the Area 30 equipment investment include $43,000 from Duke Energy, $35,500 from the Center for Education and Career Innovation (CECI), a $25,500 robot donation from Heartland Automotive, $5,800 in continuing education for teachers through Clodfelter Engineering, $5,300 via a Putnam County Community Foundation grant and $1,000 from the Eitel Community Vision Fund.

Acquisition of that equipment to enhance the program has resulted in a significant increase in the electrical needs at the facility, an added expense for which Area 30 had not budgeted.

"It's worth noting," Councilman Hammer said,"that more than 25 years later we're still able to leverage the money we got from IBM."

The remaining $1.4 million principal in the IBM account accrued $68,000 in interest last year, he pointed out.

Those proceeds, however, cannot be expended without joint approval of CACFID and the City Council.