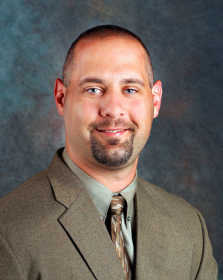 A federal judge's decision to send a former Putnam County Sheriff's deputy to prison for 14 months is being appealed by both the U.S. Prosecutor's Office and by the convicted felon, Terry Joe "T.J." Smith.

Smith, also a former Greencastle city councilman, was convicted of two counts of police brutality by a federal jury and subsequently sentenced by Judge William T. Lawrence to 14 months of incarceration.

Based on the filings, neither side is satisfied with Lawrence's ruling, as both have filed appeals with the Seventh Circuit Court of Appeals.

The prosecution was actually the first to file a notice of appeal, with acting U.S. Attorney Josh Minkler and senior litigation counsel Bradley Blackington filing the paperwork on Dec. 12.

The case for the prosecution would likely revolve around Lawrence handing down only 14-month sentences to be served concurrently, even though the judge said at the beginning of the hearing that the advisory sentence was between 31 and 41 months.

During the hearing, Blackington argued for a 60-month sentence, citing a history of violence for Smith, including terminations as a jail employee, his termination as a correctional officer and his 1999 battery of a three-year-old.

On the other hand, one of Smith's contentions in his appeal, filed Dec. 15, is that the sentence was too harsh.

In court, defense attorney John Tompkins requested only house arrest and probation for Smith, with no actual incarceration.

Smith has been free from custody since shortly after his March 2014 arrest and has not yet been required to report to the Bureau of Prisons.

In the form filed in court, Smith also wrote that there was not sufficient evidence for his conviction and that his counsel was ineffective. The latter claim springs from the fact that Tompkins, an Indianapolis lawyer privately hired by Smith, did not request a mistrial after one juror was excused.

Besides his ongoing criminal case issues, Smith, along with the sheriff's department, faces a pair of civil cases in these matters.

Amber Stwalley, an alleged victim in a case in which Smith was acquitted, filed suit in Putnam Circuit Court last week, seeking damages from Smith and the Putnam County Sheriff's Department.

Similarly, Cletis Warren, a victim in one of the convicted cases, filed a federal complaint in September, naming Smith, former Sheriff Steve Fenwick and the Putnam County Sheriff's Department.

A settlement conference has been set for April 30.

The two appeals have been consolidated by the Seventh Circuit Court of Appeals, with Smith due to file an appeal brief by Feb. 2. A cross-appellant brief is due from the U.S. Attorney's Office by March 4.