Parent program on drugs and children at GHS Wednesday

The Greencastle Community School Corporation will present the program "What Parents Should Know: Drugs and Their Children" on Wednesday, Jan. 28 at Greencastle High School's Parker Auditorium.

Any parent who has a child from fourth grade up is invited to attend.

The free 6:30 p.m. program is for parents only. No students or other children will be allowed to attend.

Purpose of the session is to help parents know and look for the possibility of drug use in their children. Schools have been seeing a lot more drug use and discipline problems because of poor decisions and peer pressure.

Expert speakers will include Jeanine Motsay, a mother who lost a 16-year-old son to synthetic drug use; Justin Phillips, mother of a heroin addict and a certified life coach who specializes in addiction recovery; and lifelong Greencastle resident Cpl. Jerrod Baugh, a 20-year police officer with the Indiana Excise Police.

Motsay has a degree in psychology from the University of Illinois and is a business and project management leader with state government.

However, her most rewarding role, she says, has been that of "mom." That is until her happiness turned to devastation when she lost her 16-year-old son, Sam, on Mother's Day 2014, the victim of a little-known synthetic drug targeted at teens. 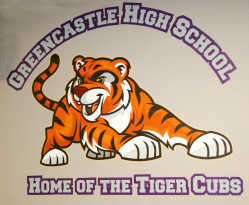 In the months following the loss of Sam, she and her family formed a non-profit, Sam's Watch, to get the word out about emerging and evolving synthetic drugs.

"I want young people to be aware of the latest drug dangers," Motsay said, "and I want to equip them -- as well as their parents, educators and communities at large -- with information. I want them to know that what is being sold to young people is fatal."

Meanwhile, Phillips describes herself as having two roles. A mother, she has raised her three children over the past 23 years. She is also a professional with more than 16 years of program development and management in the public and nonprofit sector.

With a master's degree in nonprofit management, she currently works for the state and is also certified as a life coach with a specialization in addiction recovery. Unfortunately, Phillips is also the mother of a heroin addict who lost his life in October 2013. Now Justin works to share Aaron's message so that other families do not have to experience this pain.

He will be bringing to the program a wealth of field arrest knowledge from handling many juvenile and adult arrests in the areas of alcohol, tobacco and other drug investigations.