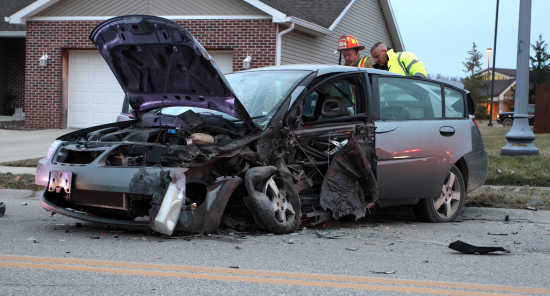 Local emergency personnel were dispatched to the to the scene at 1018 Shadowlawn Ave. at 5:27 p.m.

Upon arrival, investigating officers Darrel Bunten and Ed Wilson spoke to witnesses at the scene who stated that Tom F. Brock II, 33, Roachdale, was traveling west when for unknown reasons he veered left of center and collided head-on with Lyndsey Tate, 27, Greencastle.

Brock was transported via Operation Life after complaining of neck and back pain. Meanwhile, Tate and her two-year-old son were transported after she sustained left leg and knee pain as well as pain to her right wrist and right middle finger.

"Witness statements said that he was traveling westbound, crossed the centerline and hit the vehicle head-on," Wilson said. "The child had some minor contusions to his chin and a busted lip. However, he was in a safety seat and it appeared to have worked well." 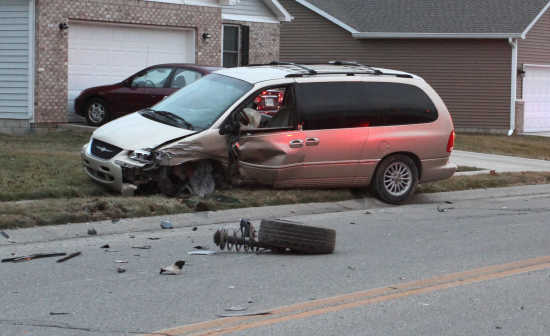